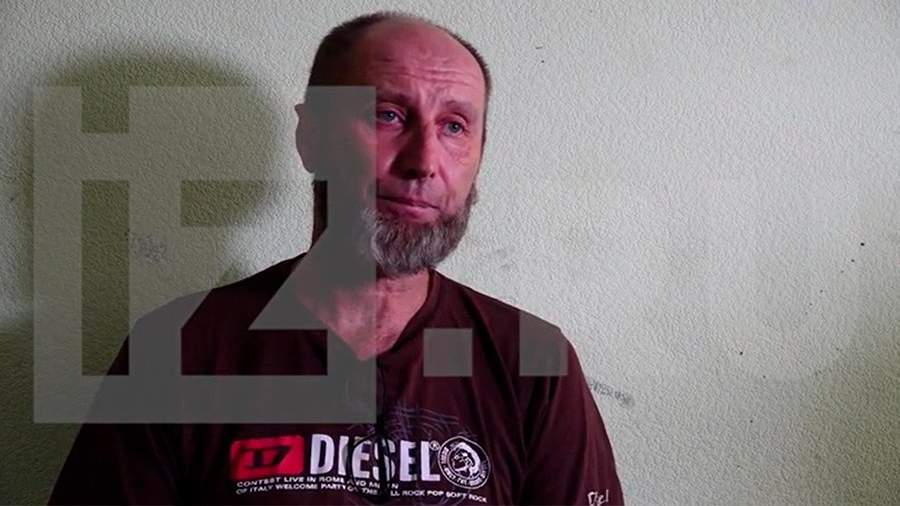 The detained fire spotter of the Armed Forces of Ukraine (AFU) from Energodar Oleg Vozovitov told how he began to transfer the coordinates of the location of the Russian military and equipment to a relative from the Security Service of Ukraine (SBU).

Vozovitov admitted that he once received an anonymous message in a messenger about the need to help the Motherland.

“I unsubscribed a couple of times in the bot. In Telegram. Information has come to help. It was not specified by whom. We need to help the Motherland. It was necessary to transfer data on the movement of Russian troops and equipment here, on the territory. Then it came again, and then a relative, an employee of the SBU, contacted me. He asked me to pass it on to him, as he can use this information faster,” he said.

The detainee assured that he gave the information a couple of times and was not contacted again.

Vozovitov added that they promised money for information about the positions of the Russian military and equipment, but he did not see them, the amount was not specified.

“If there are results, they say, they will contact me again and the amount will be negotiated. But no one came out, and after that, I say, the contact broke off,” he said.

The informant assures that over time he realized how he got involved in a bad business, when the Armed Forces of Ukraine began to strike.

The head of the administration of Energodar, Alexander Volga, announced on September 9 that a Ukrainian landing had been prevented in the city where the Zaporozhye Nuclear Power Plant (ZNPP) is located. The militants of the Armed Forces of Ukraine tried to penetrate into Energodar at about one in the morning Moscow time.

On August 31, the gunners detained in Energodar told how they transmitted the coordinates of objects located near the Zaporizhzhya NPP to the employees of the Armed Forces of Ukraine. One of the detainees said that he did not receive anything for the information provided and only hoped to facilitate the retreat of Russian troops from the territory of the station.

On August 18, Russian security forces detained two men who were passing information to the Armed Forces of Ukraine about the movement and location of the RF Armed Forces. One of the detainees, Petr Zhadan, fought on the side of Kyiv near Mariupol on an artillery mount.

Russia continues the special operation to protect the Donbass, which it launched on February 24. A few days earlier, the situation in the region escalated significantly due to shelling by the Ukrainian military. The authorities of the Donetsk and Lugansk People’s Republics announced the evacuation of residents to the Russian Federation, and also turned to Moscow for help. On February 21, Russian President Vladimir Putin signed a decree recognizing the independence of the DPR and LPR.