Arab and international welcome to the Khartoum political agreement 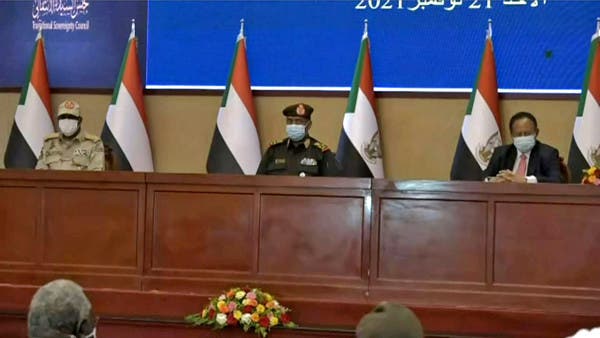 The Saudi Ministry of Foreign Affairs has expressed the Kingdom’s welcome to the agreement reached by the parties to the transitional phase in Sudan on the tasks of the next phase, restoring the transitional institutions, leading to the elections on time, forming a government of competencies to push the transitional process forward, and contributing to achieving the aspirations of the Sudanese people, in a manner that preserves the The political and economic gains achieved, and the unity of the ranks among all the Sudanese political components are protected.

On Sunday, the ministry affirmed in this regard the stability and continuity of the Kingdom’s position in support of everything that would achieve peace and maintain security, stability and development in Sudan, according to the Saudi Press Agency “SPA”.

In turn, Kuwait welcomed the agreement reached between the parties to the transitional phase in Sudan, pointing out that it supports everything that would maintain its security and stability.

For his part, the Secretary-General of the League of Arab States, Ahmed Aboul Gheit, welcomed the political agreement between Prime Minister Abdullah Hamdok, the army chief and the head of the Sovereign Council, Abdel Fattah Al-Burhan.

The university said in a statement that the agreement came “as a result of huge and continuous Sudanese efforts – supported by the Arabs and internationally – made over the past weeks to get out of the crisis that the country has witnessed and to make the transitional period successful, leading to the holding of elections at its conclusion.”

Aboul Gheit also directed that the university and its organizations work “intensively” with the government that Hamdok will form in order to implement the goals of the constitutional document and the Juba Peace Agreement, according to the statement.

“A step towards sustainable stability”

For its part, the Egyptian Ministry of Foreign Affairs welcomed the signing of the political agreement between Al-Burhan and Hamdok.

In a statement posted on her Facebook page, she expressed her hope that “the agreement will represent a step towards achieving sustainable stability in Sudan, opening up prospects for development and prosperity for the people.”

The United Nations Integrated Mission to Support the Transitional Phase in Sudan (UNITAMS) also welcomed the political agreement between Hamdok and Al-Burhan.

In a statement, the mission stressed the need to protect the constitutional system to preserve basic freedoms for political action and freedom of expression and peaceful assembly.

She also emphasized that “transition partners will need to urgently address outstanding issues to complete the political transition in an inclusive manner, while respecting human rights and the rule of law.”

The mission called on all parties to the political process in Sudan to join the voices of youth to meet the demands of the people, and to preserve the meaningful participation of women.

She also concluded by saying that it is always ready to provide the necessary support during the transitional process to achieve the success of the comprehensive transition and achieve the aspirations of the Sudanese people towards peace, comprehensive development and democracy.

It is noteworthy that Hamdok and Al-Burhan had signed a political agreement earlier on Sunday, according to which Hamdok was returned to his position as Prime Minister. The signing ceremony took place at the presidential palace in the capital, Khartoum.

The agreement stipulated the start of a dialogue between all political forces to establish the constitutional conference, speed up the completion of all transitional government institutions, and release all political detainees, after weeks of turmoil and demonstrations that took place in the streets of Khartoum in protest against the army’s measures imposed on October 25, which led to To dissolve the government and the former Sovereign Council, in addition to suspending the work of a number of committees, and the provisions of the constitutional document as well. It also imposed a state of emergency.

From the signing ceremony of the political agreement in Khartoum (AFP)