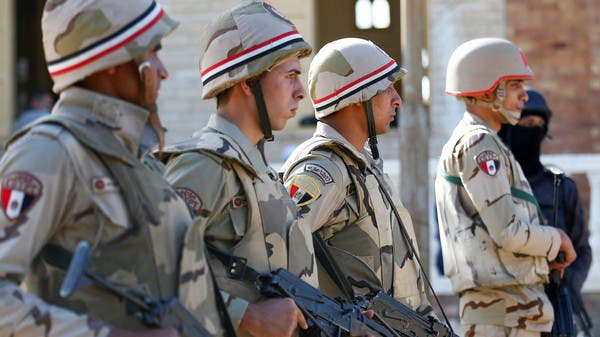 On Saturday, several Arab countries expressed their condemnation and denunciation of the terrorist attack that targeted a water lifting point in the east of the Suez Canal (west of Sinai) in Egypt, which resulted in the killing of an officer and 10 soldiers, and the injury of 5 others.

Saudi Arabia condemned the terrorist attack, and the Saudi Foreign Ministry affirmed the Kingdom’s full support for Egypt towards all threats to its security and stability, and its appreciation for the role of the Egyptian armed forces in confronting such terrorist and sabotage acts.

The ministry expressed Saudi Arabia’s condolences and sympathy to the families of the victims and to the government and people of Egypt, and its wishes for a speedy recovery to all the injured.

Algeria also condemned “in the strongest terms” the terrorist attack that targeted a water lift station in the Suez Canal in Egypt, which resulted in many deaths and injuries among the Egyptian armed forces.

Algeria also expressed its full solidarity with the Egyptian government and people, stressing its “full support for the efforts of the Egyptian authorities to combat terrorism,” according to a statement by the Ministry of Foreign Affairs.

The same source added that Algeria renewed its call to strengthen counter-terrorism mechanisms at the regional and international levels in order to ensure a joint and effective response against this scourge that threatens international peace and security, as well as obstructing economic development efforts.

Members of the Egyptian army in the Sinai

In turn, the UAE strongly condemned the terrorist attack. In a statement, the UAE Ministry of Foreign Affairs and International Cooperation confirmed that the UAE expresses its strong condemnation of these criminal acts, and its permanent rejection of all forms of violence and terrorism aimed at destabilizing security and stability and inconsistent with humanitarian values ​​and principles.

The Ministry renewed its firm position and solidarity with Egypt in confronting terrorists, and its support and assistance in all the measures it takes to protect its security and stability and to eradicate this scourge.

For its part, the Ministry of Foreign Affairs of the Kingdom of Bahrain strongly condemned the cowardly terrorist attack that targeted the point of raising the waters of western Sinai in Egypt, which resulted in the death and injury of a number of soldiers, expressing its sincere condolences and sympathy to the brotherly Egyptian government and people, and the families and relatives of the martyrs, and its wishes for a speedy recovery to all the injured.

The Ministry of Foreign Affairs affirmed the Kingdom of Bahrain’s solidarity with the brotherly Arab Republic of Egypt in its war against terrorism, and its full support for all the measures it takes in confronting extremist terrorist organizations, maintaining its security, stability and the safety of its citizens and residents, and continuing its development path in a manner that meets the aspirations of the brotherly Egyptian people for safety. prosperity and prosperity.

The State of Kuwait condemned the terrorist attack. In a statement, the Kuwaiti Ministry of Foreign Affairs affirmed the State of Kuwait’s solidarity with Egypt and its support in all the measures it takes to maintain its security and stability and support its efforts to confront extremism and terrorism.

For its part, the State of Qatar expressed its strong condemnation and denunciation of the attack that targeted a water lifting station east of the Suez Canal. In a statement today, the Qatari Ministry of Foreign Affairs reiterated Qatar’s firm position on rejecting violence and terrorism, regardless of the motives and reasons.

The Jordanian Ministry of Foreign Affairs and Expatriate Affairs also condemned the terrorist attack. The official spokesman for the ministry, Ambassador Haitham Abu Al-Ful, affirmed Jordan’s strong condemnation and denunciation of this cowardly terrorist attack, stressing his country’s solidarity and absolute support for Egypt and its support for its efforts to confront the threat of terrorism and extremism.

At the same time, the Palestinian presidency condemned the terrorist attack east of the Suez Canal. The presidency said, “President Mahmoud Abbas expresses his deepest condolences to his brother, President Abdel Fattah El-Sisi, President of the Arab Republic of Egypt, and to the families of the victims of this heinous crime, which targeted a group of the Egyptian army’s heroes.”