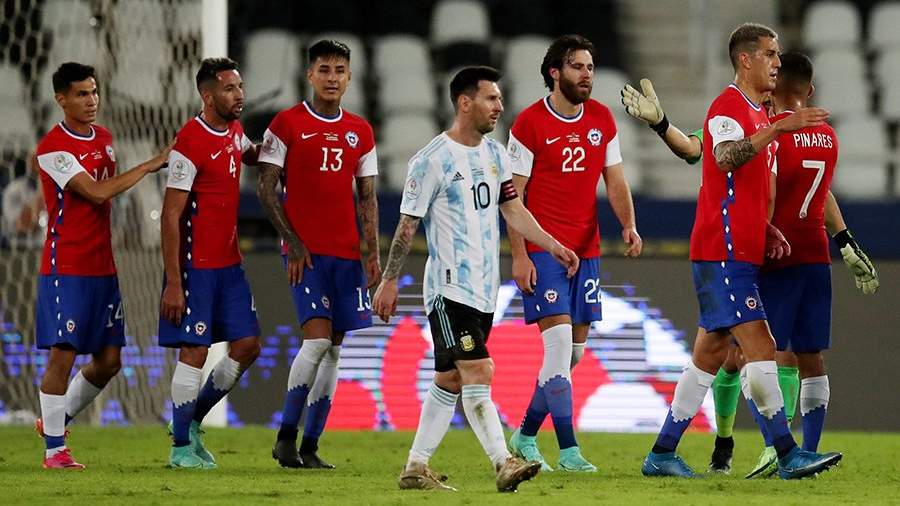 Argentina drew 1-1 against Chile in the America’s Cup soccer match. This was announced on Tuesday, June 15, by Sport-Express.

The meeting took place in Rio de Janeiro. In the Argentine team, Lionel Messi scored a free-kick in the 33rd minute of the match. From the Chilean side, Eduardo Vargas threw the ball into the opponents’ goal in the 57th minute of the match after Arturo Vidal’s missed penalty, writes RT.

Messi was named the best player of the match at the end of the game.

This game was the first in Group A, in which the national teams of Bolivia, Paraguay and Uruguay also play. In the next match of Group A, Argentina will play against Uruguay on June 19, Chile will face Bolivia on June 18.

America’s Cup 2021 started on June 13 and will run until July 10. The tournament will be hosted by Brasilia, Cuiaba, Goyana and Rio de Janeiro.

On May 28, it was reported that Barcelona striker Lionel Messi received an offer from the football club to sign a 10-year contract. According to the contract, Messi will play for two years at Barcelona, ​​then he will go to the American Football League for three years, after which he will return to the Spanish club for five years.

In April, Messi announced the terms of the renewal of his contract with Barcelona. It was noted that the footballer intends to demand a clear sports project.