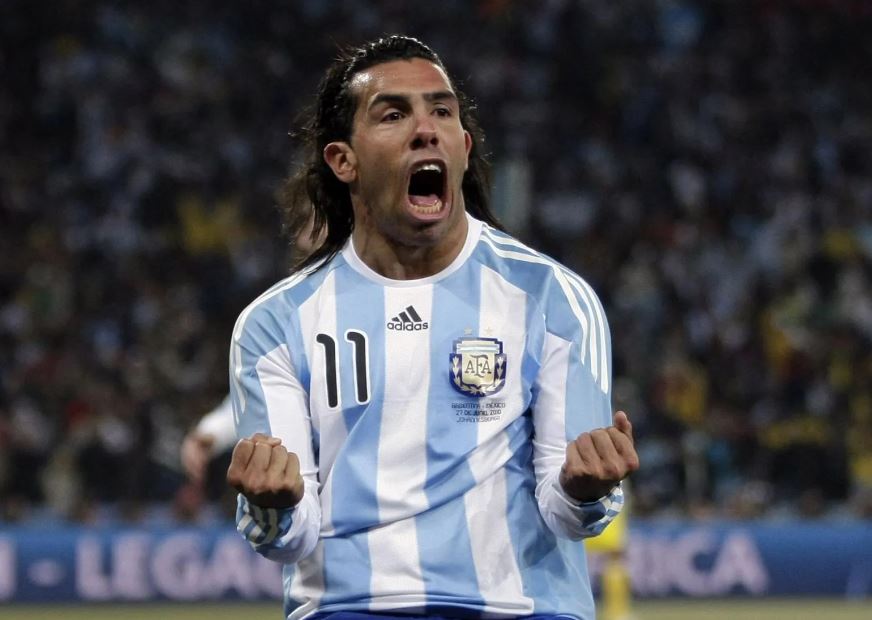 Former Argentine international striker Carlos Teves, who has been without a club since last year, announced his retirement from football today. “I’m going to retire, it’s confirmed,” the 38-year-old told America’s television in Argentina. “As a player I have given everything from my heart and this makes me at peace with myself,” he added.

Teves played 76 games with Argentina, participated in two World Cups, and was part of the squad that won the gold medal at the 2004 Olympics in Athens. At club level, Teves started and ended his football career with Boca Juniors, winning the Copa Libertadores in 2003. Between those years, the Argentine achieved tremendous success between Italy and England as his name emerged with a controversial transfer.

In 2006, he joined West Ham, but his subsequent move to Manchester United a year later raised the issue of “third party ownership” of players, which would have brought about changes to the Premier League and FIFA’s regulations on player contracts.

In Manchester United, Teves won the English Premier League twice and the European Champions League in 2008 when he scored in the penalty shootout against Chelsea. A year later, he made a controversial decision to move to Manchester City, rival “Red Devils”, and helped him win the English Premier League in the 2011-2012 season, the first title for the team at the time in the league since 1968.
He later moved to Italy, where he won two Serie A titles with Juventus, before returning to Boca Juniors in 2015.

Teves was devastated by the death of his adoptive father Segundo Teves from Covid-19 in February 2021, and he moved away from Boca in June of that year for family reasons. He said on television, “I stopped playing because I lost my first fan and lost the desire. I was eight years old when he came to see me play,” noting that his plans now are to go to training.