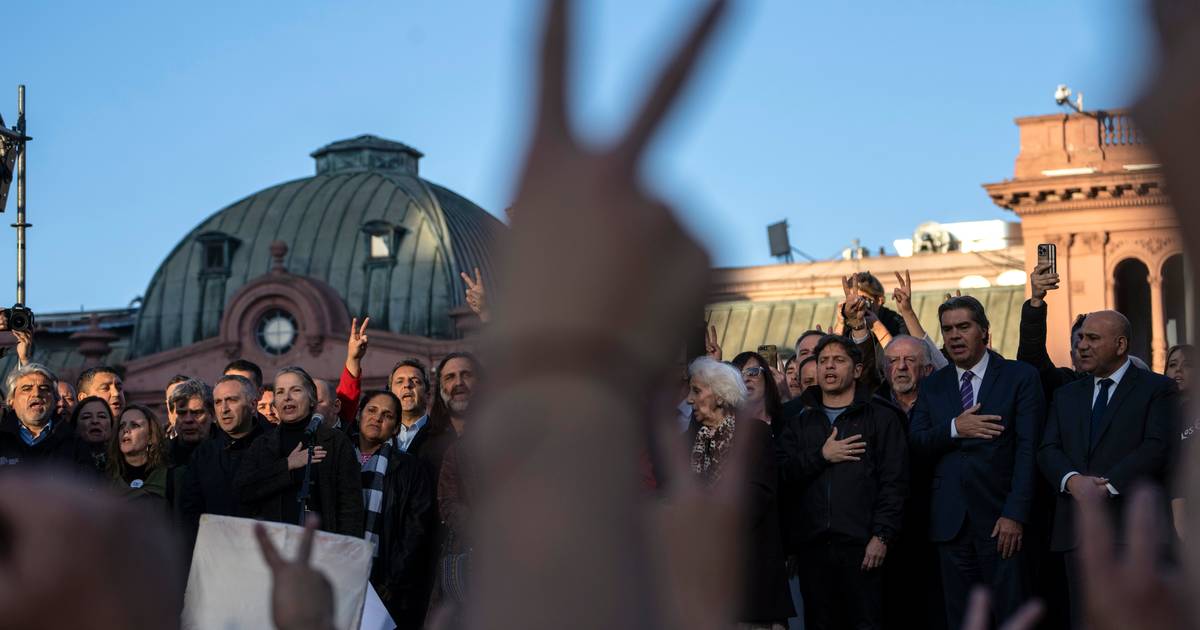 Tens of thousands of people took to the streets in Argentina on Friday after an attempted murder of Vice President Cristina Fernández de Kirchner on Thursday night. An attempt on her life failed because the 35-year-old Brazilian suspect’s loaded weapon refused.

Squares in the Argentine capital Buenos Aires filled up Friday, can be seen on images from Argentine media. Hundreds of thousands of protesters showed support for Fernández de Kirchner, one of Argentina’s most important and polarizing politicians, according to Reuters news agency. She faces up to 12 years in prison for alleged corruption.

Hundreds of protesters gathered at her home last week to show support for her. It was also there on Thursday night that what President Alberto Fernández said was “the most serious incident to hit Argentina since the country became a democracy again” in 1983, when a man stepped from the crowd to Fernández de Kirchner and brought a loaded weapon within inches of her face. . His motive is unclear.

“Fortunately, the gun refused,” one of the protesters in Plaza de Mayo told Reuters news agency. Another says it’s “hard to imagine that this happened to Cristina.”

Pope Francis, who was born in Buenos Aires, responded to the attack by “praying for social harmony and respect for democratic values ​​in beloved Argentina.” Former Brazilian President Luiz Inácio Lula da Silva, who was convicted of corruption but is now running again in the presidential elections, warns of political violence in his country. “I think we as politicians should be aware of violence provoked by those who don’t know how to live democratically.”