Arguing against Congress? – Own party protest against the siege of P. Chidambaram in the Kolkata High Court 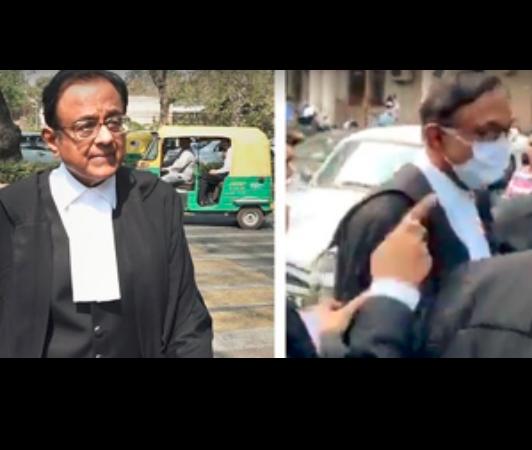 Kolkata: West Bengal Congress leader Adir Ranjan Chaudhary has filed a writ petition in the Kolkata High Court against the Congress party in the ongoing case against the West Bengal state government. Lawyers for the party besieged Chidambaram and staged a protest.

In West Bengal, the state government has been accused of embezzling billions of rupees in the sale of shares of Metro Dairy to a private company. The West Bengal Congress party has been waging various struggles to take up the corruption scandal. Massive protests are going on in Kolkata against Chief Minister Mamata Banerjee.

West Bengal Congress leader and MP Adhir Chaudhry Ranjan has filed a case in the Kolkata High Court in this regard. The case is being heard in court.

He appeared in the Kolkata High Court yesterday in connection with the case. He was then surrounded by congressional lawyers. They forgot him not to appear in this case. And surrounded him and showed him the black ribbon. In addition, they questioned how a senior Congress leader could appear in support of a company that sided with the West Bengal government, which wasted people’s tax money.

Mamata Banerjee was criticized as a broker and chanted slogans against him. During this struggle b. The black robe for the lawyers worn by Chidambaram was grabbed and pulled. He then got into the car. In this case p. The incident took place when Chidambaram was appearing in person for the first time. This caused a great stir in the court premises.

Former Union Finance Minister of the Congress Party. He is currently a member of the Congress Executive Committee and a senior leader. In support of the organization which was protested by the West Bengal State Congress Party b. Chidambaram appears. He is no ordinary person. His activity will affect the functioning of the party. And show that there is a double standard within the party. So this cannot be accepted.