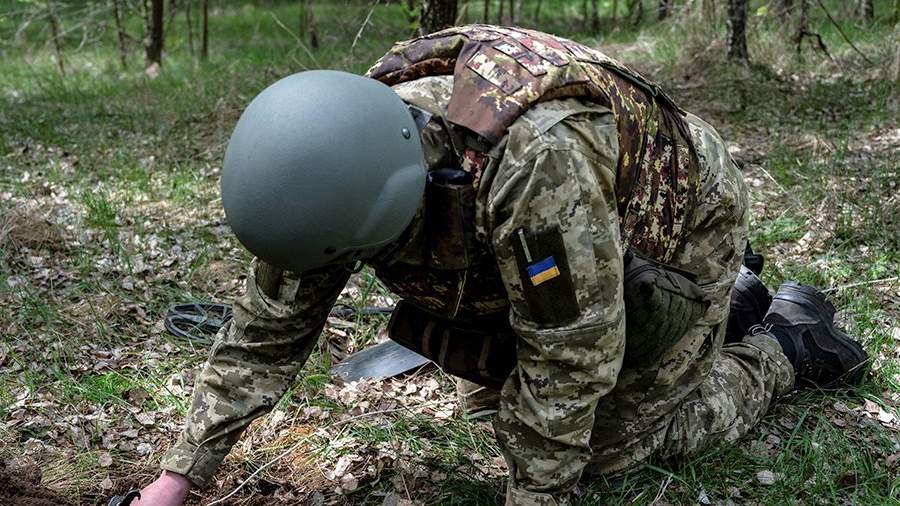 The only exit to the Black Sea from the port of Kherson is currently mined by the military of the Armed Forces of Ukraine (AFU). This was announced on Tuesday, May 24, by the deputy head of the military-civilian administration of the region, Kirill Stremousov.

“The Kherson port cannot be used at this stage, because the only exit to the Black Sea in the Dnieper-Bugsky estuary in the area of ​​​​the port of Ochakov in the Nikolaev region, which is controlled by Ukrainian Nazis, is mined,” Stremousov said, noting that at the moment to open a trading port does not seem possible.

He also added that in order to open and unblock the port, it is necessary to clear Ochakov and the entire Nikolaev region from the Armed Forces of Ukraine.

Earlier on the same day, Stremousov said that the Kherson region plans to become part of Russia and considers this option the main vector of direction. According to the deputy head, it is much more important now to restore the economy, the labor market and infrastructure. After that, it will be possible to think about the self-determination of the region. Russian will receive the status of the state language in the near future on a par with Ukrainian.

Kirill Stremousov also announced on May 23 that the Kherson region will completely switch to the ruble turnover by the end of 2022.

On March 15, the official representative of the Russian Defense Ministry, Igor Konashenkov, said that the Kherson region of Ukraine, which borders Crimea, is completely controlled by the Russian military. On April 9, the flag of the Russian Federation was hoisted on the administration building in Kherson. Later, on May 19, Saldo announced the region’s plans to become part of Russia. He noted that the region is completely liberated from Ukrainian militants and lives in a peaceful regime. Stremousov noted that residents of the Kherson region liberated by the Armed Forces of the Russian Federation will receive the right to Russian citizenship.

The special operation of the Russian Federation to protect the Donbass, the beginning of which Russian President Vladimir Putin announced on February 24, continues. The situation in the region escalated in mid-February due to shelling by the Ukrainian military. The authorities of the Donetsk and Lugansk People’s Republics announced the evacuation of residents to Russia and turned to Moscow for help. On February 21, the Russian leader signed a decree recognizing the independence of the DNR and LNR.