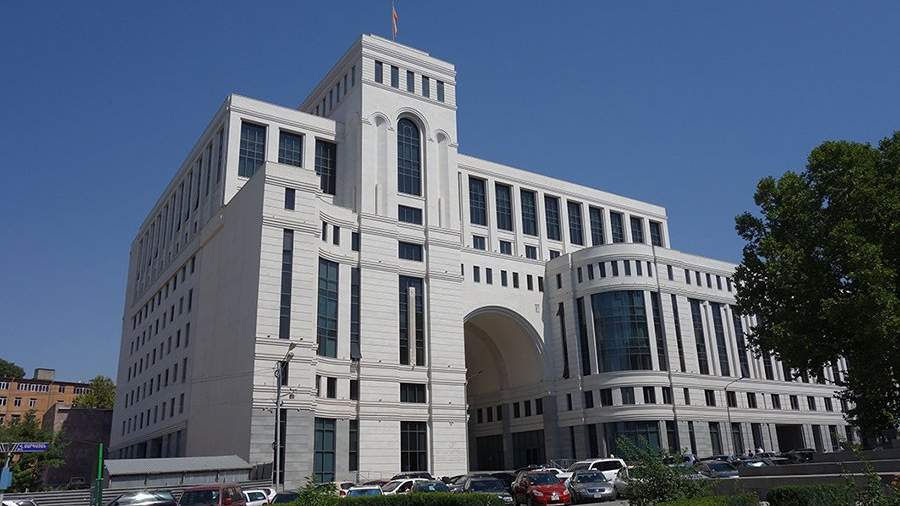 Yerevan did not rule out the possibility of a meeting between Armenian Prime Minister Nikol Pashinyan and Turkish President Recep Tayyip Erdogan in Prague. This was announced on September 22 by the press secretary of the Armenian Foreign Ministry Vahan Hunanyan.

However, Hunanyan stressed that there is no official confirmation that the meeting will take place.

“At the moment, such a meeting has not been confirmed. If the meeting is confirmed, we will inform the public in a timely manner,” Hunanyan was quoted as saying by ArmenPress.

Earlier, on September 17, the Turkish leader announced the completion of Azerbaijan’s operation on the border with Armenia and called on Yerevan to abandon provocations against the Azerbaijani side, as well as focus on establishing peace and cooperation.

On the night of September 13, the ministries of defense of Armenia and Azerbaijan accused each other of shelling the border areas. On the same day, the Armenian government appealed to Russia, the CSTO and the UN Security Council “in connection with Azerbaijan’s encroachment on the sovereign territory of the country.”

The next day, the press secretary of the Armenian Ministry of Defense Aram Torosyan reported on social networks that the night on the border of the two states passed relatively calmly, there were no serious incidents. On the same day, Armenia asked for military assistance from the CSTO to restore the country’s territorial integrity. According to Pashinyan, since September 13, the Azerbaijani Armed Forces have occupied 10 sq. km of the territory of Armenia.

On the night of September 15, Secretary of the Security Council of Armenia Armen Grigoryan announced that Yerevan and Baku had reached an agreement on a truce and a ceasefire from the evening of September 14.

On September 16, Armenian Prime Minister Nikol Pashinyan stated that 135 Armenian servicemen were killed in battles on the border with the Azerbaijani Armed Forces. However, he noted that the figure is not final.