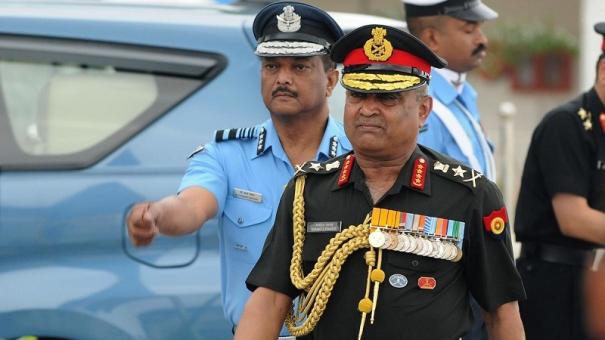 New Delhi: Indian Army Chief of Staff Manoj Pandey told reporters yesterday that the Chinese Army is gradually increasing its troops in the eastern parts of the Line of Control (LAC). In particular, Chinese military activity has increased in Doklam. The Indian Army is closely monitoring this.

Security is tight along the 3,488-km LoC from East Ladakh to Arunachal Pradesh. Adequate forces are kept ready. Thus, the Indian Army is ready to face any situation.

China continues to reject demands to withdraw troops from the Daepsang Plain and Demsok area. Chinese troops are constantly encamped in those areas. The clash between the Indian and Chinese troops on the Yangtze on December 9 is a reflection of that.

Soldiers brought for training stay there. However, the Indian Army is always ready to deal with any attack. India also continues to focus on border infrastructure development. 2,100 km along the northern border in the last 5 years. Roads and 7,450 meters of bridges have been constructed.

500 armored vehicles, tanks and 400 artillery vehicles have been constructed in eastern Ladakh. Also, residential works for 55,000 soldiers have been completed.

These are not enough. There is still a long way to go. This is what he said.