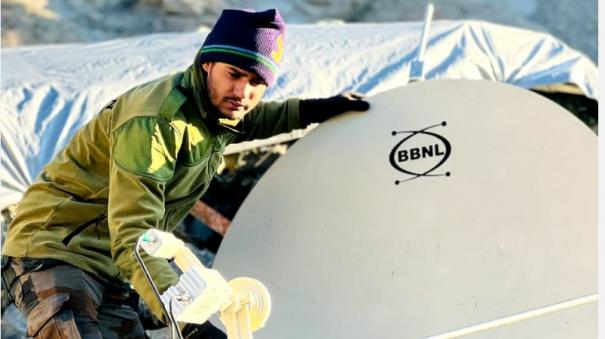 New Delhi: The Indian Army’s 14th Brigade also deploys troops along the Kargil-Leh line, guarding the border with Pakistan and China. It also protects the Siachen mountain range. Meanwhile, in a statement issued by the 14th Division of the Army, it is said that “satellite-based Internet service has been put into operation at an altitude of 19,061 feet at Siachen, the highest battlefield in the world.”

It is noteworthy that some private companies are also providing internet connection to the army in some places of security importance like eastern Ladakh on the border.