‘Army sent me to attack after paying Rs 30,000’ – Confession of Pakistani terrorist arrested on Kashmir border 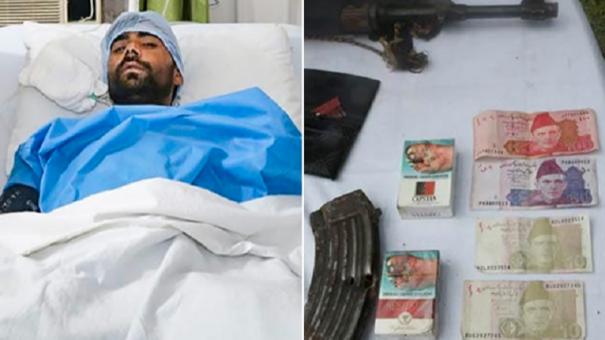 Three infiltration bids foiled in Kashmir in 72 hours, one terrorist arrested The arrested terrorist has said that the person who sent him to attack was a senior Pakistani army officer.

An infiltration attempt near the Line of Control was thwarted in Agnor sector in Ballanwala area of ​​Kashmir. In a statement released by the army in this regard, three infiltration attempts were thwarted in the last 72 hours. Earlier on Tuesday morning, two terrorists were killed in a land mine attack while trying to infiltrate the border. Another militant reportedly escaped with injuries.

Terrorist arrested: A terrorist was arrested in the border control area. He was arrested by security forces while trying to infiltrate Rajouri district. The man had already crossed the border once before and was handed over to Pakistan by security forces on humanitarian grounds. But the same person is now involved in another infiltration attempt. On interrogation he said, “A Pakistani army colonel gave me 30,000. He said to attack the Indian positions.

The man has been identified as Tabarak Hussain, a resident of Subskot village in Kotli district of Pakistan Occupied Kashmir. It has also been revealed that he was sent by Colonel Yunus Chaudhary. Tabarak Hussain also kept the money given by the colonel in his possession.