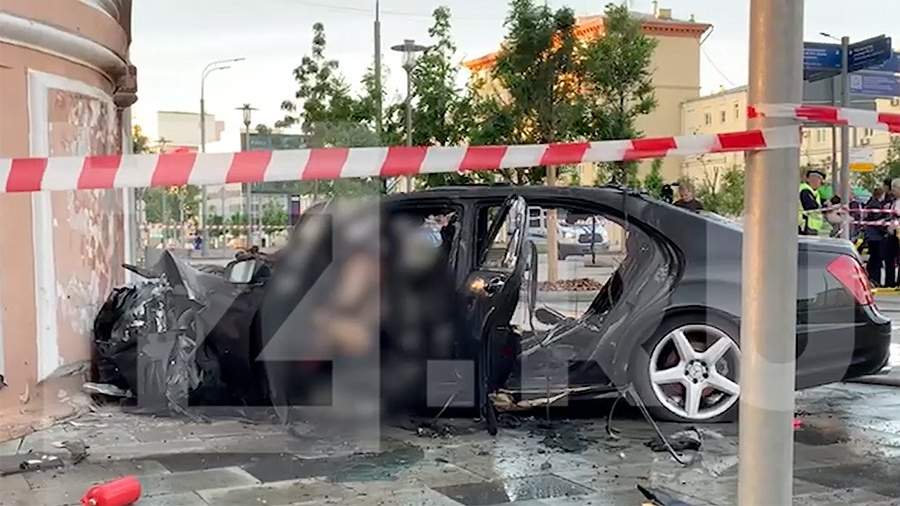 The driver who caused a fatal accident in Moscow on the Garden Ring, according to preliminary data, drove through a red traffic light. This was announced on Friday, June 24, by the head of the press service of the Moscow Main Directorate of the Ministry of Internal Affairs, Vladimir Vasenin.

“According to preliminary police data, a gross violation of traffic rules caused a fatal accident on Zubovsky Boulevard <...> the driver of a foreign car followed Zubovskaya Street and, at the intersection with Sadovoye Koltso, drove out to a prohibitory traffic light,” Vasenin specified.

All the circumstances of the incident are being established, he stressed.

On that day, the State Traffic Inspectorate of Moscow Telegram channel reported that the Mercedes was moving along Zubovskaya Street and, at the intersection with the Garden Ring, drove out to a prohibitory traffic light.

“Trying to avoid a collision with a taxi car, he lost control and collided with the wall of a residential building, after which the car caught fire,” the report says.

The driver and passenger of the Mercedes died at the scene from their injuries.

Early in the morning on Friday, June 24, a Mercedes car crashed into the wall of house 22/39 on Zubovsky Boulevard in the capital. In total, eight people were in the car – two were killed, six were injured.

An eyewitness to the tragedy told how he and his friends pulled several victims out of a burning car. The man stressed that he did not see the very moment of the accident, because he was on the open veranda.