Arrest for swastika at demonstration against cabinet in Amsterdam 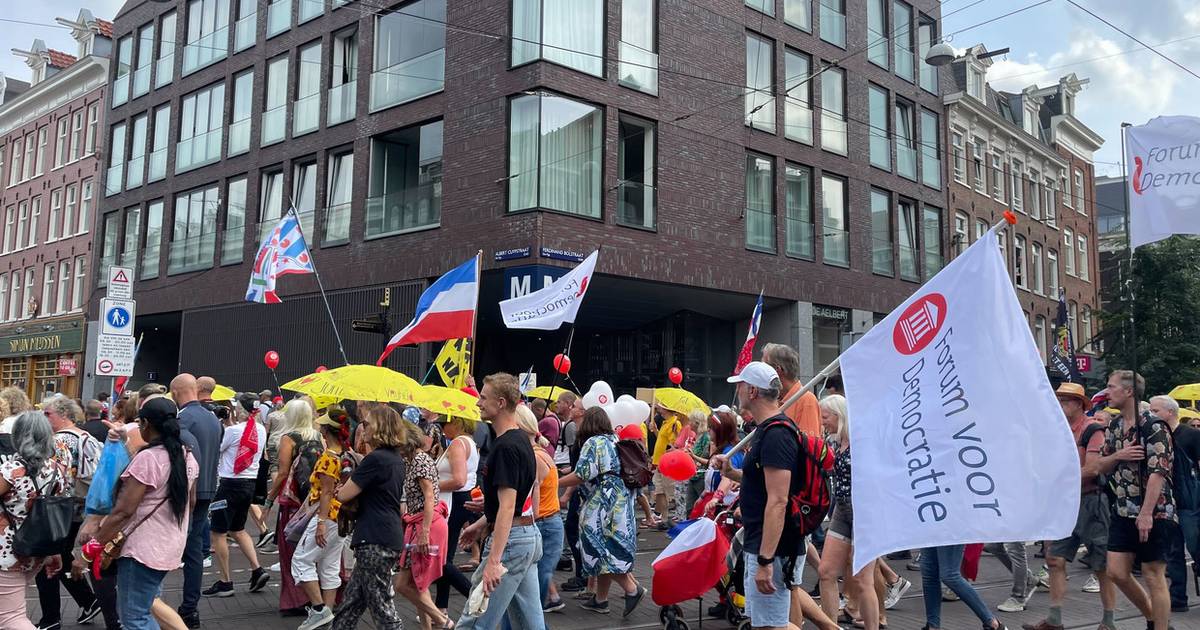 Many hundreds of people gathered on Dam Square to express their dissatisfaction with the approach to corona, immigration, nitrogen policy and many other issues. The demonstration was an initiative of the organization Samen voor Nederland.

The organization states that the Netherlands faces numerous problems, but that every motion of no confidence against the cabinet is rejected. According to Samen voor Nederland, immigrants are the ‘next problem’ after the allowance affair, the nitrogen policy and the corona measures.

Some of the demonstrators wore handkerchiefs and there were also many inverted flags. Furthermore, demonstrators shouted the slogan ‘blue white red, the Netherlands in distress’. There was a sign on a podium that read ‘it’s not right’.

Among the speakers on Dam Square were MPs Pepijn van Houwelingen of Forum for Democracy (FVD) and Wybren van Haga (Haga Group). Several speakers expressed their fear of introducing a permanent corona law because the freedoms of citizens would then be at stake.

Shortly before half past one, the Dam had largely emptied. The activists then started a march in the center of Amsterdam to later return to Dam Square.