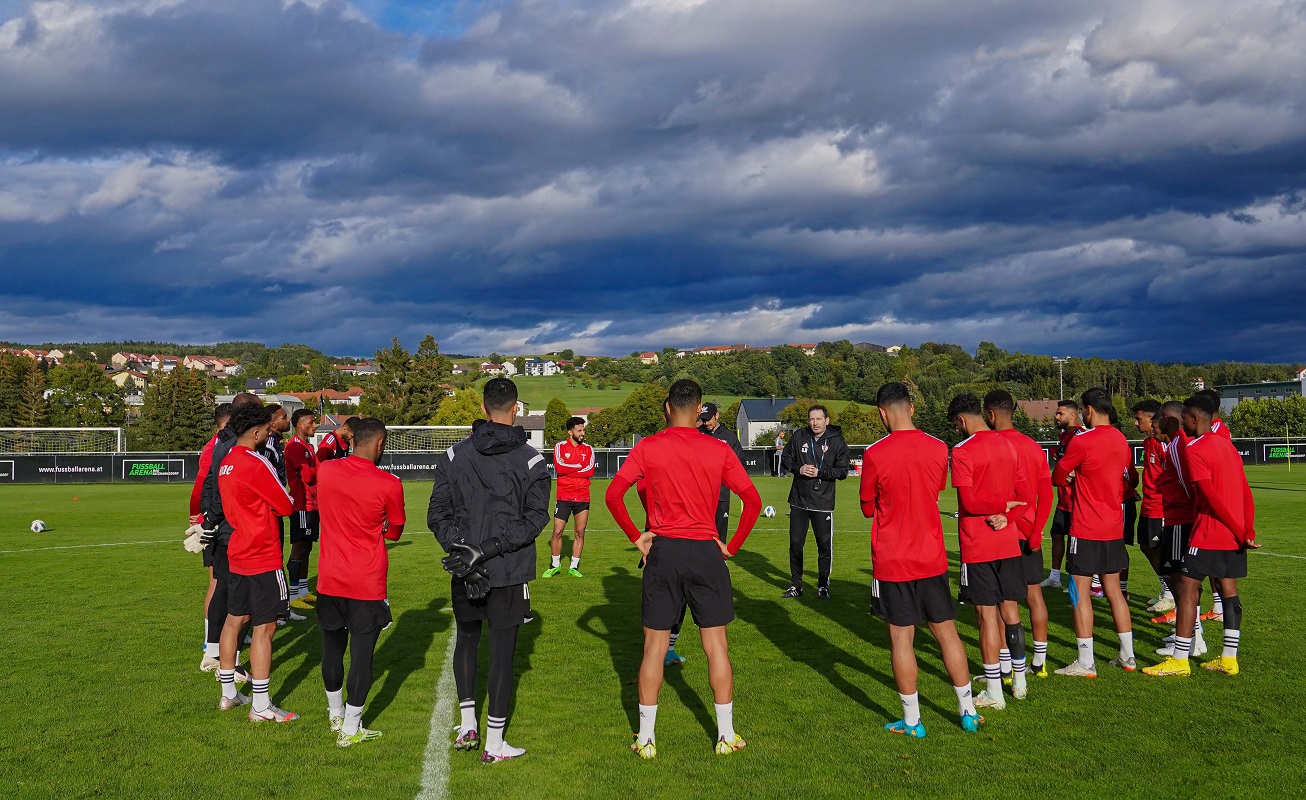 The Argentine coach, Rodolfo Arruabarrena, praised the UAE national football team’s performance during their participation with their clubs in the first three rounds of the ADNOC Professional League.

This came during the team’s training camp, currently in Austria, as part of our national team’s preparations for its upcoming engagements.

24 players participate in the camp; The team is preparing for its first friendly match against Paraguay next Friday as part of the team’s preparation program.

Aruabarina was keen to assure the players the importance of this camp at the beginning of the team’s preparation stages, and Arruabarina welcomed the new elements newly joined to the team’s list, and stressed that these talents are able to quickly harmonize with the old players in the team and provide the required addition that the team needs in various positions.

The young elements expressed their happiness to join the national team for the first time, and the trio of Al Ain Club Saeed Jumaa, Falah Waleed, Khaled Al Balushi and Al Ahly Youth Club player Ahmed Jamil expressed their deep gratitude for this choice, stressing that their presence in the team gives them a great motivation to provide the best and prove their presence.

Jassem Yaqoub, Al-Nasr player, who returned to the national team, said that he had been waiting for this moment for a while and had sought since the beginning of the season to do everything in his power to restore his level, and stressed that playing with the national team gives him more confidence in the presence of distinctive elements that help him appear differently.