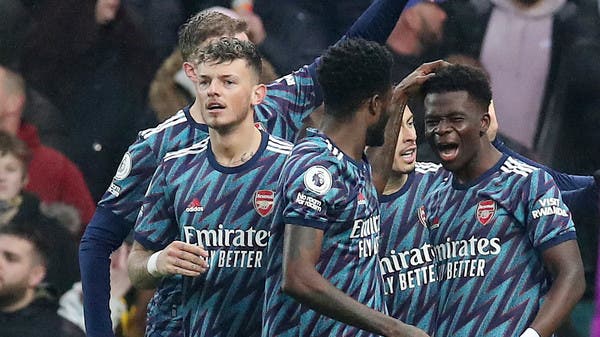 Arsenal raised its score to 35 points from 19 games, after achieving its fourth consecutive victory in the league, and the fifth in all competitions for the first time since September 2018.

Arsenal advanced after six minutes through Saka, who put the ball past goalkeeper Angus Jan after a series of smooth passes that ended with Martin Odegaard, who prepared the ball to the English winger.

Kieran Tierney scored the second goal from a counter-attack just before the break after another pass from Odegaard to the Scottish left-back, who hit a low ball into the net.

Saka scored Arsenal’s third goal in the 67th minute with another low shot from the edge of the penalty area before Alexandre Lacazette was obstructed inside the area to score the fourth goal from a penalty kick in the 84th minute.