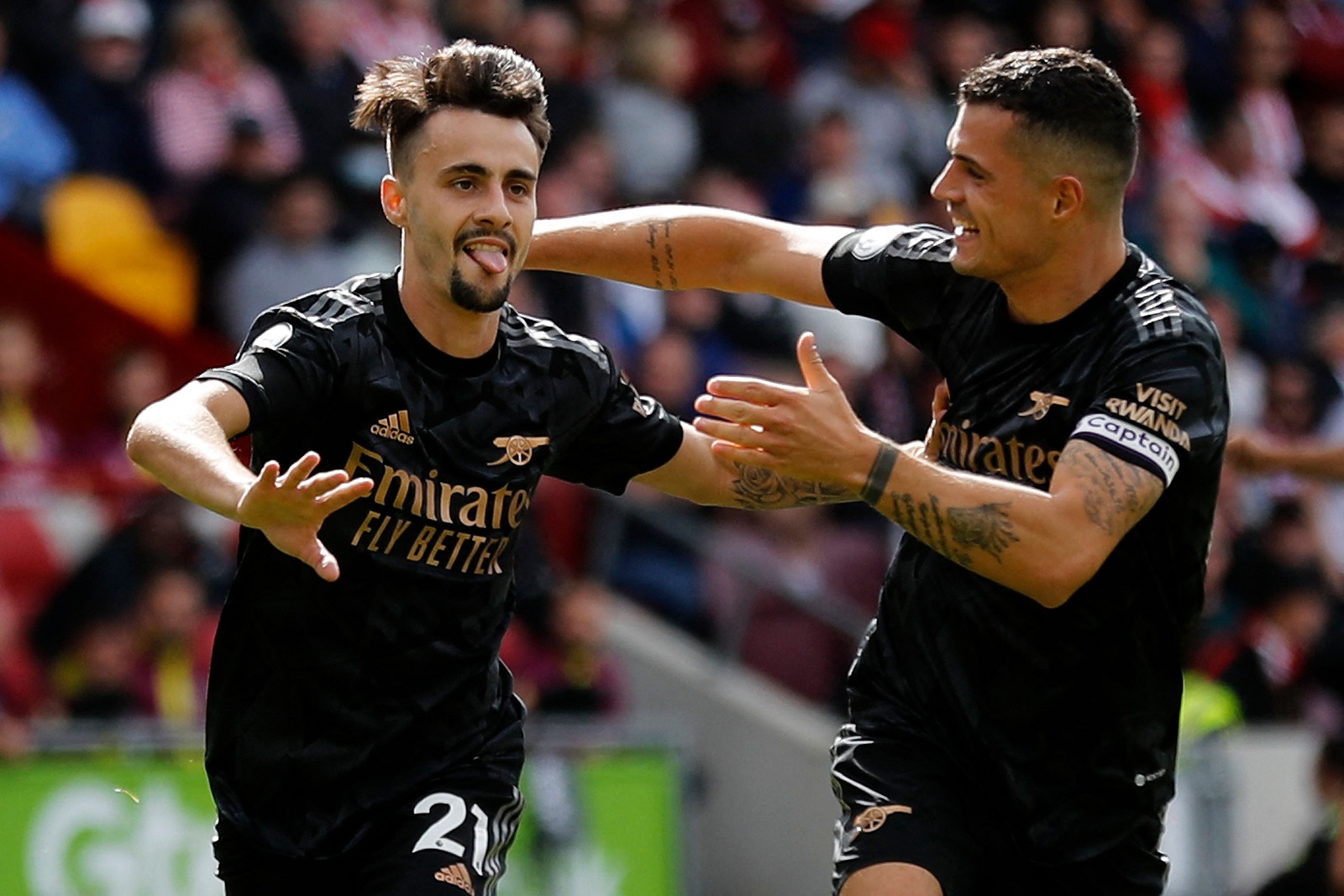 Arsenal regained the top spot in the English Premier League thanks to a 3-0 victory over its host Brentford on Sunday in the eighth stage.

Manchester City and Tottenham shared the top spot in the standings on Saturday, after their first win over Wolverhampton 3-0 and Tottenham’s 6-2 victory over Leicester City.

But Arsenal, by defeating Brentford, raised its score to 18 points in the lead, one point behind Manchester City and Tottenham, and Brentford’s balance stopped at nine points in ninth place.

Arsenal scored its sixth victory against one loss, while Brentford received its second defeat, with two wins and three draws.

French defender William Saliba advanced to Arsenal in the 17th minute after a corner kick by Bukayo Saka, and Saliba headed into the net.

Brazilian international Gabriel Jesus added the second goal for Arsenal in the 28th minute, after receiving a perfect pass from Granit Xhaka inside the penalty area, where he handled the ball well before firing a powerful ball into the net of the hosts.

The Portuguese Fabio Vieira confirmed Arsenal’s victory by scoring the third goal in the 49th minute after an organized attack that witnessed many passes between the players, before the ball reached Vieira on the edge of the penalty area to hit a powerful ball that hit the left corner of the opponent’s goal.