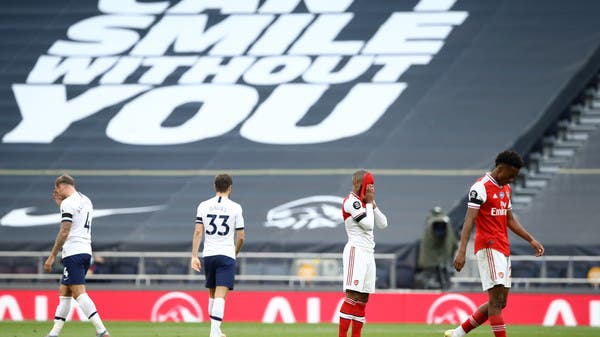 Arsenal asked Premier League officials to postpone Sunday’s North London summit against its host Tottenham Hotspur due to the presence of Covid-19 cases in the team in addition to injuries and the participation of some players in the African Nations Cup with their national teams.

The Premier League said it would make a decision on this match on Saturday.

“The Premier League’s board of directors will meet on Saturday to consider the request and will inform both teams and fans of the decision,” he added in a statement.

Arsenal’s Granit Xhaka will miss Sunday’s match due to a red card in Thursday’s goalless draw with Liverpool in the first leg of the League Cup semi-final, while Cedric Soares, Bukayo Saka and Callum Chambers suffer injuries.

In a press conference ahead of the Premier League statement, Arsenal coach Michael Arteta said his team had concerns about the lack of players available for the match.

In response to a question, will the Tottenham match go ahead on Sunday? Arteta: I don’t know. Frankly, it is very difficult to say that before assessing the condition of all the players.

But what may be impossible today may become possible tomorrow. It worked like this for us when my team was ready to play a match, but it was canceled twice because the players of the opposing team were not ready. But our goal is always to play games.

Arsenal is fifth with 35 points after 20 games, two points ahead of Tottenham Six, who has two matches postponed.