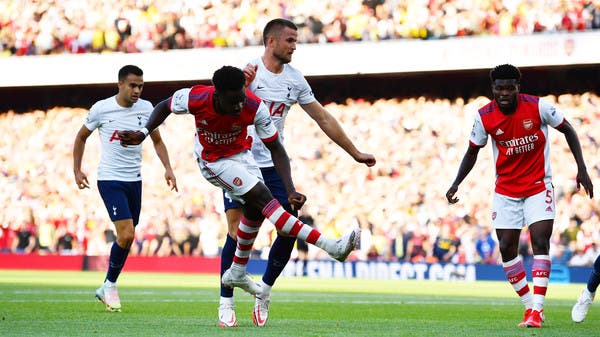 The Arsenal team achieved its third victory in a row in the English Premier League, after beating its guest Tottenham 3-1 during the match that brought them together on Sunday in the sixth round of the competition, which also witnessed Wolverhampton’s victory over Southampton 1-0.

Arsenal’s goals were scored by Emile Smith Roy, Pierre-Emerick Aubameyang, and Bukayo Saka in the 12th, 27th and 34th minutes, while Heung-min Son scored Tottenham’s goal in the 79th minute. Arsenal raised its score to nine points in tenth place, ahead of Tottenham, whose tally stopped at ten points in Eleventh place. This is the third consecutive victory for Arsenal after losing their first three league matches this season. While this became the third loss in a row for Tottenham in the league after winning the first three games.