Arsenal with 10 players draw with Liverpool 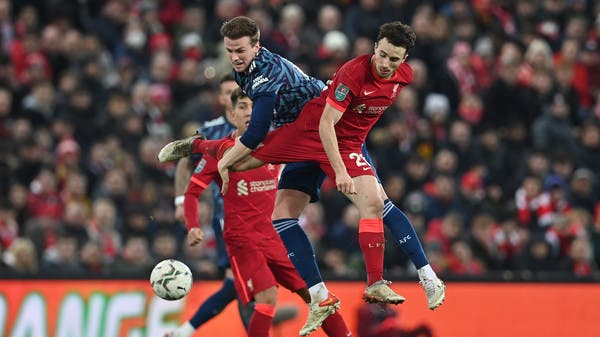 Arsenal overcame the numerical shortage in its ranks and snatched a precious 0-0 draw with its host Liverpool on Thursday at “Anfield” in the first leg of the English League Cup semi-finals.

The two teams meet again at the “Emirates” stadium, the stronghold of Arsenal in the capital, London, next Thursday, where there will be an opportunity for Arsenal to grab the ticket to qualify for the final through any victory at home.

The winner of the two-legged final in the championship final will meet with Chelsea, who beat Tottenham 2-0 in the first leg and 0-0 in the other semi-final match.

The first half of the match ended in a goalless draw, despite Arsenal’s numerical shortage, after the Swiss sent off Granit Xhaka in the 24th minute.