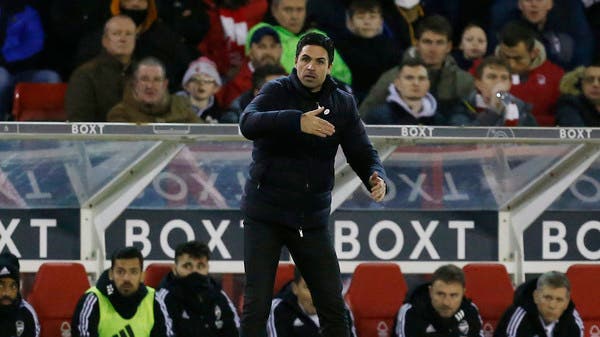 Arsenal manager Mikel Arteta admitted that his club’s illustrious history in the FA Cup made the shocking 1-0 defeat in the third round against Nottingham Forest, on Sunday.

Arsenal’s hopes of boosting his record and winning his 15th FA Cup ended with his loss to Nottingham of the second tier, and during the match he did not manage to hit a single shot on goal, and Arteta expressed his disappointment that his team did not show the desire to win.

“We are deeply wounded,” Arteta told reporters. It’s a competition linked to the club’s history and getting out of it like this today is a huge setback, I’m very disappointed with the performance first and foremost, not because of the defeat but because of the lack of desire and determination to turn things around. We needed to show more desire and thirst to win at any cost in every game.

Arsenal will face Liverpool in the League Cup semi-final first leg on Thursday before meeting Tottenham Hotspur in the Premier League on January 16.