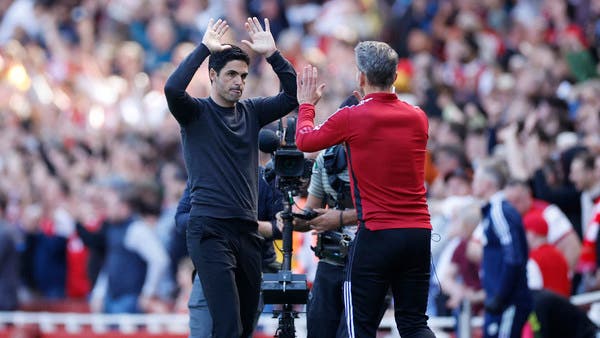 Arsenal manager Mikel Arteta confirmed that the match at north London rivals Tottenham Hotspur on Thursday could represent a defining moment in the team’s season, as it looks to be in the top-four in order to qualify for the Champions League next season.

Fourth-placed Arsenal enter the game four points behind Tottenham and know that a victory will be enough to secure their place in the Champions League for the first time since 2017.

“We’re going to that game with the same enthusiasm we’ve always had, but with…
Knowing that this could be a defining moment, could be an added incentive for us to make it happen.

And Arteta’s position was in danger when he started the season with consecutive defeats against Brentford, Chelsea and Manchester City in August, but the Spanish coach responded to the skeptics and signed a new contract last week until 2025.

“We got the right to play this match in that context,” Arteta said. We started the season without nine or ten players and playing against the two best teams in Europe.