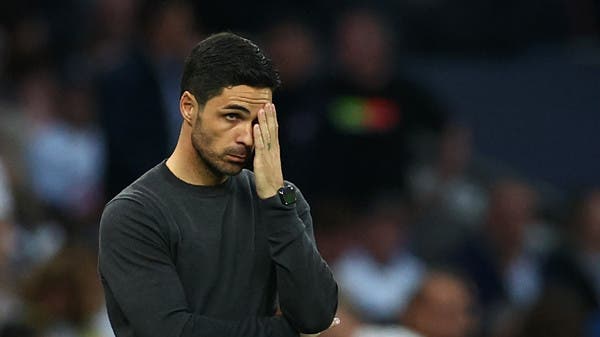 Arsenal manager Michael Arteta has blamed referee Paul Tierney after his team’s hopes of finishing fourth in the Premier League were dealt a blow after losing 3-0 to rivals Tottenham Hotspur on Thursday.

Arsenal’s victory would have ensured that he finished the season in the Golden Square for the first time since 2016. The match began comfortably.

But things turned against him when Tottenham made a penalty kick by Harry Kane in the 22nd minute due to a push from Cedric Soares to striker Son Heung-min.

And Arteta told reporters, commenting on the referee’s decisions in the first half: I have two options, I can lie or be suspended, and I would like to be on the field really against Newcastle.

He added: “If I say what I think, I will be suspended for six months. I am allowed to comment on what happened, but I am not good at lying.” Ask the referee to stand in front of the cameras to explain his decision, it is unfortunate that such a beautiful match has to be ruined tonight.

Despite the defeat, Arsenal remains closer to Tottenham in the struggle for the fourth qualifier for the Champions League, as it is one point ahead of its neighbor with two games remaining.

The Spanish coach continued, “This match has become a thing of the past, and now we are thinking about meeting Newcastle.” This match was lost from our hands and we accept that.

“Now we have to show the team that played at the beginning. It hurts but we have a big game on Monday and we will try to win it.”

Arteta is suffering from a crisis with defensive options before a difficult visit to Newcastle, and the suspended Holding will join the injured Gabriel and did not risk the participation of Ben White, despite sitting on the bench.

He continued, “We hope that Ben is ready and Gabriel recovers, because we do not have enough defenders.”