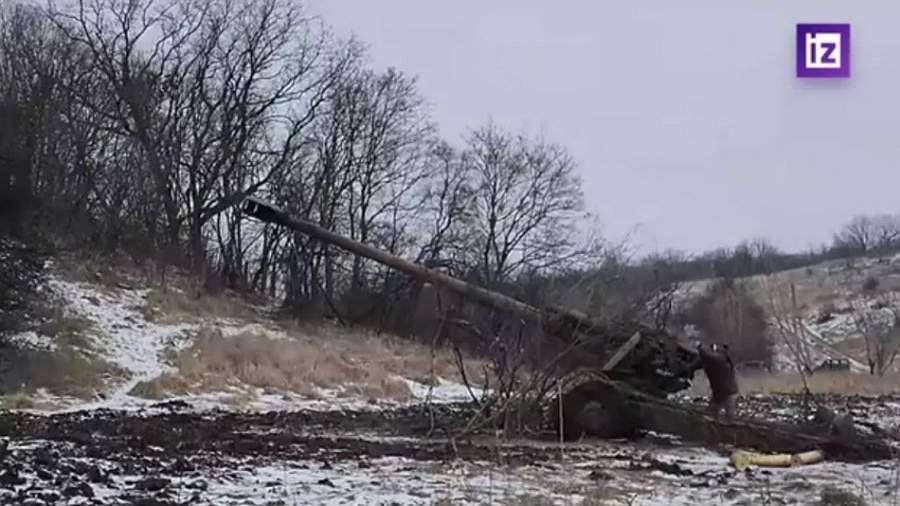 Artillery crews of the Southern Military District conduct counter-battery combat with the enemy and support the offensive of motorized rifle and tank units. The gunner of the Msta-B howitzer with the call sign Dubich told on Monday, January 16, why he considers the work of the gun to be ideal.

“Correct alignment, correct orientation, accuracy of gunners. This tool proved to be perfect. 10 out of 10. We worked on different guns and it turned out very well. It has more range and clarity. They hit both enemy infantry fighting vehicles and infantry, hit dugouts and pillboxes (a long-term firing / defensive point. – Ed.), ”said the artilleryman with the call sign Dubich.

This time, the Msta-B artillery crews destroyed the closed firing positions of the Armed Forces of Ukraine. During the performance of combat missions, the Msta-B crews use high-explosive, high-explosive fragmentation, as well as precision-guided munitions.

According to the commander of the unit with the call sign Forty-first, artillery and infantry are working together to prevent the enemy from pulling up reserves. Therefore, it is important that the 152nd, “Grady”, “Hyacinths” always stand guard.

On January 15, it became known that Russian crews of self-propelled artillery guns daily inflict up to 25 strikes on Ukrainian positions in the Zaporozhye direction.

On the same day, the Ministry of Defense of the Russian Federation showed the work of the crews of self-propelled artillery mounts 2S3 “Acacia” in the NVO zone. Artillerymen of the Southern Military District, supporting the actions of motorized rifle units, strike at enemy fortifications, accumulations of manpower, columns of military equipment of the Armed Forces of Ukraine.