Aruabarina: The UAE national team came to Iraq for the title 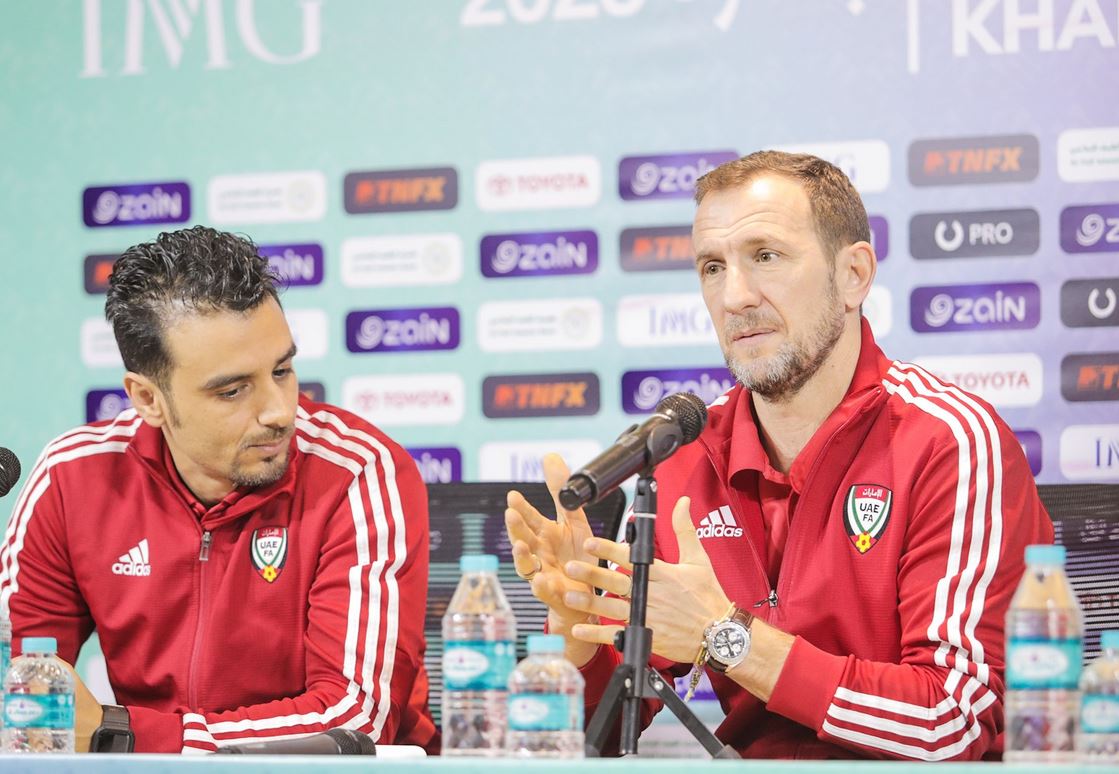 The coach of the UAE national football team, Argentine Rodolfo Arwabarina, said that “Al-Abyad” came to Iraq to participate in the “Gulf 25” for the title. He described the match of the Bahraini national team, the holder of the title, scheduled for tomorrow in the first matches of the two teams in the Gulf Cup, as difficult and important, and in front of a strong team, stressing that teamwork is the key to winning this tournament, indicating that the national team is trying to play with the style of play that distinguishes it and to impose its personality on the field in front of Bahrain, stressing that they have ambitions to reach the final and win the title.

He added during the press conference held today: We tried to reach Iraq before a sufficient period of time, and we have advantages and strengths, and therefore every match is important. The coach of the national team thanked the Iraqi Football Association and the organizing committee for the good organization and hospitality they had found since their arrival.