Arwabarina remains coach of the national team, despite the failure of “Gulf 25” 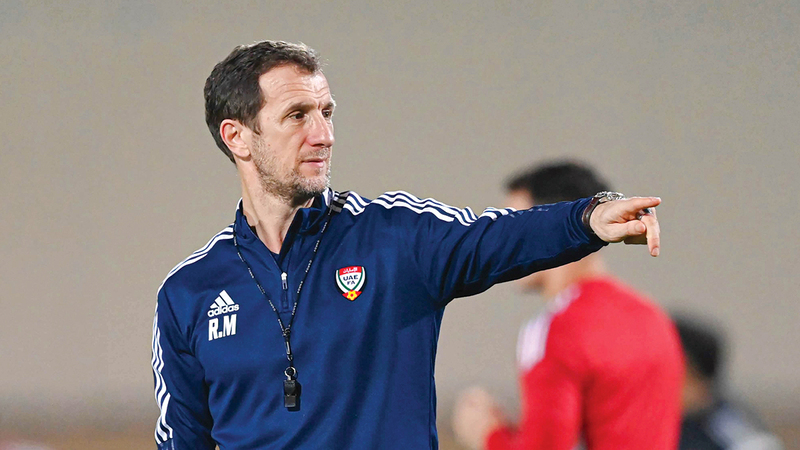 The Football Association renewed confidence in Argentine coach Rodolfo Aruabarina to continue training “Al-Abyad” during the coming period, after the Board of Directors approved the recommendation of the National Teams and Technical Affairs Committee in this regard, while providing all support to the team to achieve the desired results.

The Football Association said in a statement yesterday: “The participation of the national team in the Arabian Gulf Cup (Gulf 25) hosted by Basra was not at the level of ambition that the Emirati fans and the Football Association had hoped for, and among the most prominent reasons that negatively affected Al-Abyad’s participation was the presence of young elements and a number of The players who are participating for the first time in the tournament, in addition to the exposure of a number of essential elements to injuries with their clubs during the league competition and their absence from the tournament.

The meeting of the board of directors, which was held yesterday, at the federation’s headquarters in Dubai, was chaired by Sheikh Rashid bin Humaid Al Nuaimi, president of the federation, in the presence of the members. Part of the meeting was attended by the coach of the national team, Arobarina.

The Council affirmed “continuing work to prepare the national teams in a way that makes them able to compete in the upcoming events, and that every setback that Emirati football is exposed to pushes to improve plans and implementation mechanisms, because continuous and good work is the appropriate way to build strong teams.”

The Board of Directors expressed its understanding of the grief of the Emirati football fans over the results that the team came out of this tournament, calling on everyone to continue cooperation and solidarity in order to develop Emirati football through objective criticism or presenting realistic opinions or ideas.

On the other hand, the Board of Directors of the Football Association congratulated the Gulf and Iraqi Football Associations for the impressive and distinguished success of the tournament, which witnessed a remarkable public presence and unprecedented media coverage, while the Emirati arbitration staff, who managed a number of tournament matches, and the Emirati elements who worked In the various committees of the Gulf Federation and contributed to the impressive organizational success of all matches. During the meeting, developments related to the country’s hosting of the 2023 Beach Soccer World Cup were also reviewed.

• “The national team’s participation in the Gulf 25 was not at the level of ambition.”

• “Every setback that Emirati football is exposed to pushes for better plans.”