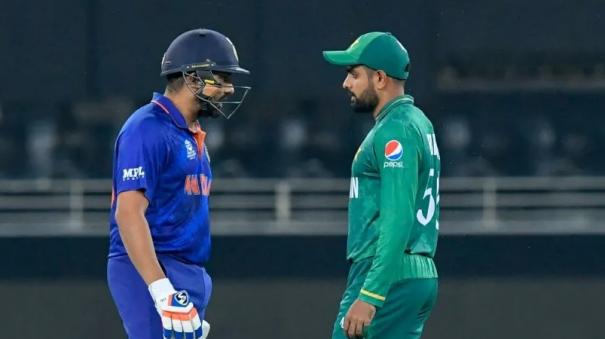 Defending champions India are looking to retain the trophy. The Indian team, led by Rohit Sharma, is in top form in T20 rankings. India have batted first and won 8 of their last 14 T20I matches. In batting, Rohit Sharma, Suryakumar Yadav, Deepak Hooda, Hardik Pandya, Rishabh Pant can add strength to the action. With Virat Kohli and KL Rahul returning to form, it is possible to score and chase in a big way.

In terms of bowling, Jasprit Bumrah and Harshal Patel did not play due to injuries. This is considered a bit backwards. However, Bhuvneshwar Kumar and Arshdeep Singh may add strength. India is likely to field an extra spinner as the pitch is likely to favor spin. Along with Yuvendra Chahal in this regard, Ashwin or Ravi Bishnoi might get a chance.

Pakistan team led by Babar Azam is ranked 3rd. Known as an unpredictable team, Pakistan have the ability to beat any team in big series. Pakistan won the T20 World Cup match against India by 10 wickets in last November.

However, in the current team Babar Azam who is ranked first, Mohammad Rizwan who is ranked 3rd along with Bahar Zaman who is playing as the 3rd player are the only ones who can show a solid performance. Asif Ali, Khushdil Shah and Haider Ali are the best batsmen. But at the international level, they have not shown much potential lately.

Leading fast bowler Shaheen Shah Afridi has been ruled out due to injury which could be a setback for Pakistan. Without him, it is believed that the pace of the Pakistan team will be less. However, after the World Cup, the Indian team has brought about major changes in its batting approach. Played aggressively from the first ball and accumulated consecutive wins. India may try to avenge their World Cup defeat in today’s game.

India-Pakistan teams have clashed 13 times in the Asia Cup so far. India has won 8 matches in this. In 2016, India also won the T20 format. Pakistan have won 5 times (50 over matches).