Asia Cup Cricket | These are the top 5 players 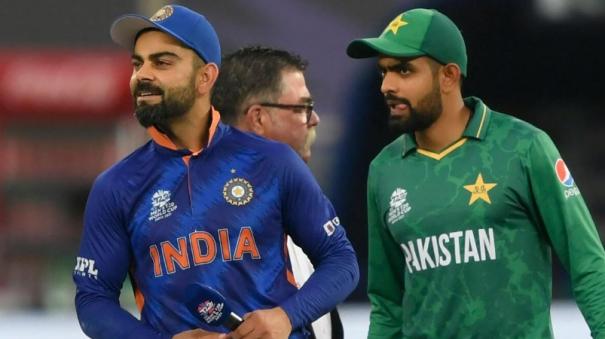 Virat Kohli (India): India’s star player Virat Kohli is set to play his 100th T20I match. Virat Kohli was rested in the recent series against West Indies and Zimbabwe. The 33-year-old is in dire straits to score big runs. Virat Kohli last scored a century in the international arena in November 2019. Virat Kohli, who made his international debut in 2008, scored 27 centuries in Tests and 43 centuries in ODIs. However, he has come under a lot of pressure in the last few years. At the Asia Cup, he is expected to respond to the criticism.

Vanindu Hasaranga (Sri Lanka): Vanindu Hazaranga made an impact in this year’s IPL series with his excellent leg-spin. He took 26 wickets in 16 matches in that series. Along with fellow spinners Mahesh Deeksana, Geoffrey Wandersay and Praveen Jayawickrama, he could pose a threat to the opposition batsmen on the spin-friendly UAE pitches. Hazaran did not participate in the ongoing ‘The Hundred’ series in England in order to participate in the Asia Cup fresh. Hazaran can also strengthen the back-line batting.

Babar Azam (Pakistan): With leading fast bowler Shaheen Shah Afridi out of this series due to injury, Pakistan team is heavily relying on the batting of captain Babar Azam. The 27-year-old Babar Azam is number one in the ICC rankings for T20 and ODIs. In the recent ODI series against Netherlands, Babar played a key role in scoring two half-centuries to clinch the series 3-0. He scored 68 runs against India in the 2021 T20 World Cup in Dubai. Pakistan won the match by 10 wickets. The two teams are now meeting again at the same ground.

Shakib Alhassan (Bangladesh): Shakib Al Hasan has faced controversies both on and off the field. However, he has been the best performer for a long time. This time he will lead the team as captain. However, Bangladesh have won only 2 of their last 15 T20Is. Shakib Al Hasan may try to put an end to these defeats in his 100th T20I game.

Rashid Khan (Afghanistan): Leg-spinner Rashid Khan has taken 112 wickets in 66 T20Is. Rashid Khan, who participates in T20 leagues held in various parts of the world, is also a strength in the back-order batting. Rashid Khan is all set to make his mark on spin-friendly pitches