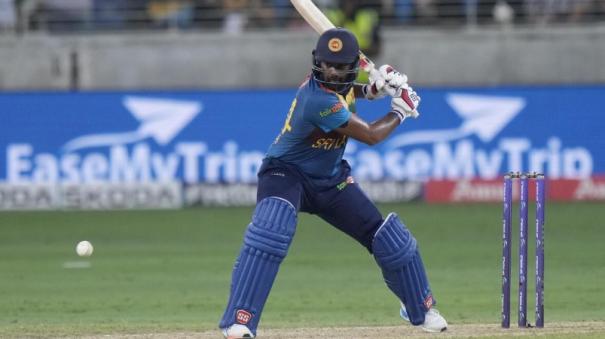 Sri Lanka and Pakistan are playing in the final of the Asia Cup at the Dubai Cricket Stadium. Both the teams secured the top two spots in the Super 4 round and advanced to the finals. Pakistan won the toss and chose to bowl. Accordingly, the Sri Lankan team batted first.

The team lost 5 wickets at the end of 9 overs and stumbled. At that time the team had scored 62 runs. After that Banuka Rajapaksa and Hazaranga put on a partnership of 58 runs. Then Rajapaksa and Karunaratne added 54 runs off the last 31 balls. With that, the team scored 170 runs for the loss of 6 wickets. Rajapakse scored 71 runs off 45 balls.

Pakistan bowlers bowled brilliantly. Harris Roff took 3 wickets. The Pakistan team is chasing the target of victory if they score 171 runs. The team is stumbling after losing 2 wickets at the end of the power play overs.