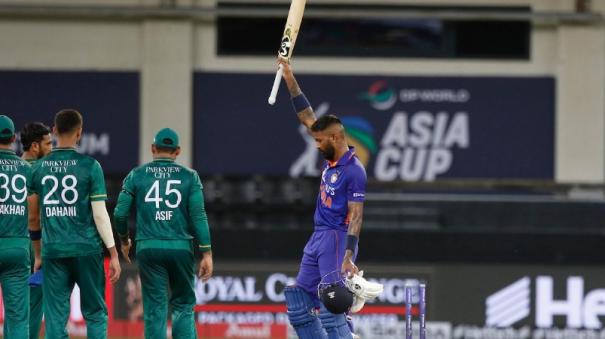 Chasing that target, the Indian team won by scoring 148 runs for the loss of 5 wickets in 19.4 overs. Players like Kohli, Jadeja, Hardik, Bhuvneshwar Kumar, Arshdeep Singh played a vital role in this victory.

The last time both the teams played a multi-Test, Pakistan won by 10 wickets. India suffered this defeat at the Dubai stadium 10 months ago. Now India have won against the same Pakistan team at the same ground.

People across the country are celebrating this victory by taking to the streets. People from cities like Ahmedabad, Mumbai, Kolkata and Bengaluru celebrated the victory.

(Pics 1 and 2 from Ahmedabad, 3rd from Kolkata, and 4th from Mumbai) pic.twitter.com/qgCmdgFq4K

#TeamIndia put up a spectacular all-round performance in today’s #AsiaCup2022 match. The team has displayed superb skill and grit. Congratulations to them on the victory.