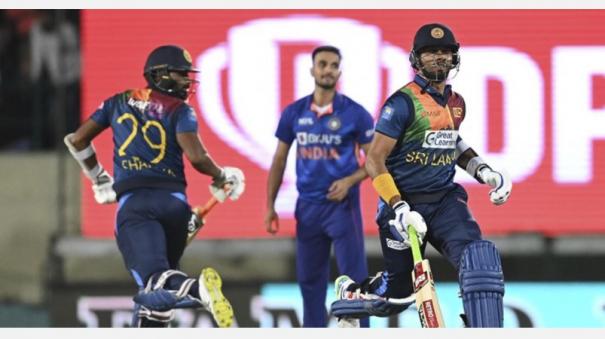 In the Super 4 round of the Asia Cup cricket series, India and Sri Lanka will face each other in the match to be held in Dubai tonight at 7.30 pm.

The Rohit Sharma-led Indian cricket team lost to Pakistan by 5 wickets in the first match of the Super 4 round. Due to this defeat, the Indian team is entering the field in the crisis of having to win today’s game. In the game against Pakistan, the Indian team faced stagnation in bowling. Even Bhuvneshwarkumar, who performed well in the league round, failed to make an impact.

Meanwhile, Hardik Pandya and Yuvendra Chahal contributed the most runs. Due to this, Aksar Patel and Avesh Khanagior may be fielded in today’s game.

Rohit Sharma, KL Rahul and Virat Kohli were the best in the top order batting against Pakistan. Another great innings could emerge from them.

In the case of Sri Lanka, despite suffering a heavy defeat in the first match of the league round, they successfully chased down the big target against Bangladesh and in the Super 4 round against Afghanistan.

A win in today’s match will strengthen the team’s chances of advancing to the finals. In batting, Charith Asalanga, Dasan Shanaka, Kushal Mendis, Tanushka Gunathilaka and Banuka Rajapaksa are promising.

What kind of mindset to have when given such a goal should be learned through this game.

Pakistan team played better than us. The partnership between Rizwan and Nawaz was good but we were relaxed. But their partnership has lasted longer than we expected.”