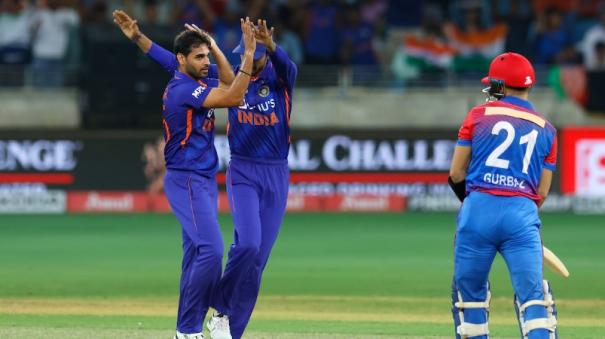 Dubai: The Indian team defeated the Afghanistan team in the Asia Cup T20 cricket series. India’s Virat Kohli scored a century on 1019 days in this match.

The Indian team has already ruled out a chance to enter the finals of the Asia Cup T20 cricket series. India and Afghanistan teams clashed today as a formal clash. KL Rahul replaced Rohit as captain. After winning the toss, Afghanistan captain Mohammad Nabi opted to bowl first, with Rahul and Kohli fielding as India’s openers.

Forced to prove their form, both KL Rahul and Kohli showed slow batting in the beginning but showed action from time to time. Afghan bowler Faruqi hit boundaries in the over and the duo increased the score at a jet pace, and from then on, the action of the duo increased. They scattered the Afghan bowlers with fours and sixes all over the alliance.

Both managed to separate the alliance in the 13th over, with both of them crossing half-centuries. After Rahul was the first wicket after scoring 62 runs, Suryakumar Yadav hit only one six and got out in the very next ball. However, Virat Kohli continued his action along with Rishabh Pant. The event that the fans were waiting for happened today.

After 1019 days he registered his century in the international arena. This is Kohli’s 71st century in cricket history. Meanwhile, this is Virat Kohli’s first century in T20 cricket. Kohli, who was active even after scoring his century, remained unbeaten till the end and scored 122 runs off 61 balls. At the same time, the Indian team reached the Himalayan score of 212 runs at the end of 20 overs.

Other players were coming and going except Ibrahim Zardan who came down as a one-down player. Ibrahim remained unbeaten till the end and added 64 runs. In the end, the team scored only 111 runs for the loss of 8 wickets at the end of 20 overs. Bhuvneshwar Kumar took the maximum five wickets for India. This resulted in a huge victory by 101 runs.