Asian and Gulf participations for UAE stadium judges during January 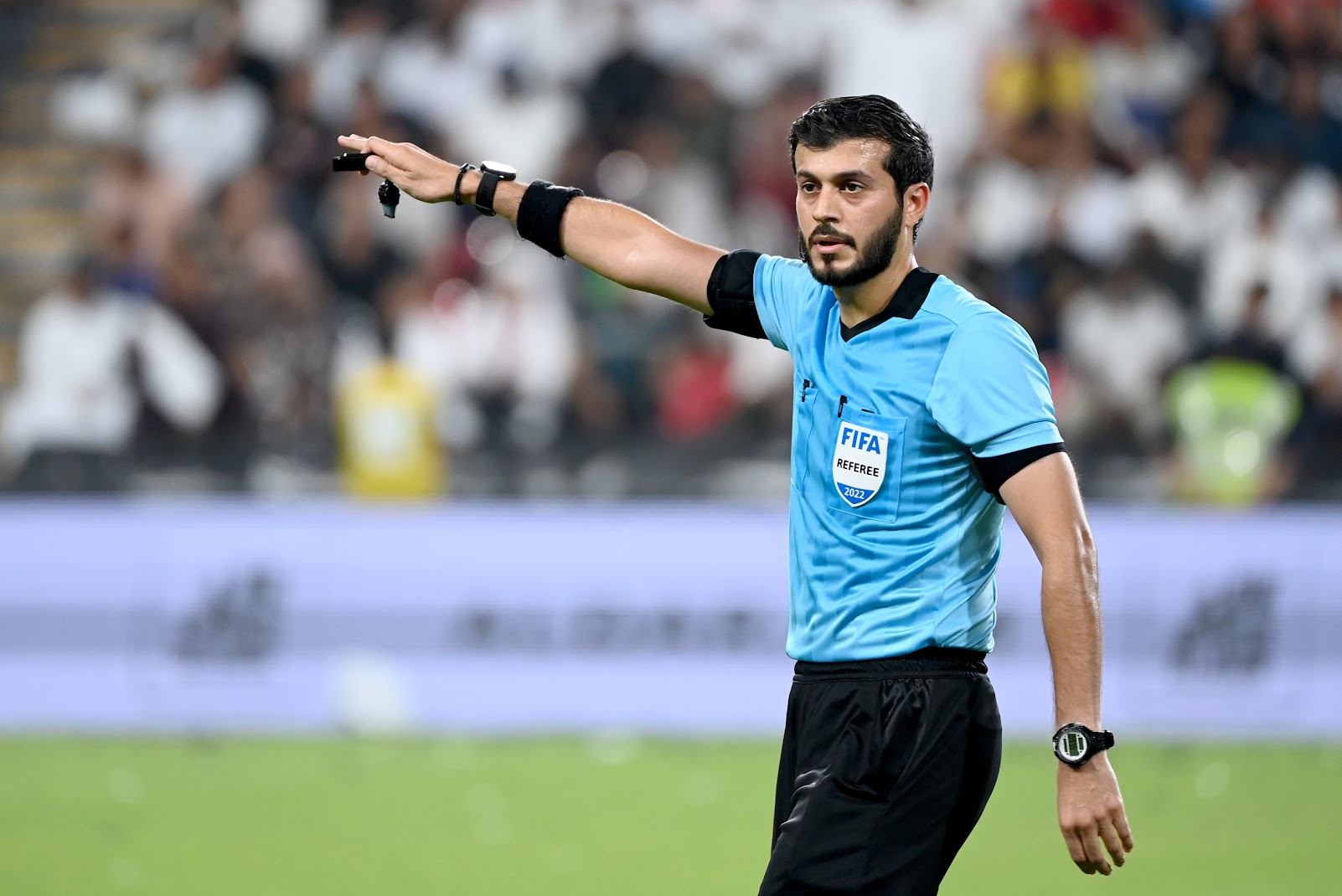 A group of UAE stadium judges will participate in managing a number of Asian, Gulf and regional football tournaments during the month of January.

International referee Omar Al Ali and international assistant referee Jassim Al Ali are part of the refereeing team for the match that will bring together the teams of Thailand and Cambodia, scheduled for the 2nd of this month in the Thai capital, Bangkok, as part of the first group matches in the ASEAN Championship.

The Referees Department of the Football Association nominated the international arena referee, Kholoud Al Zaabi, and the international assistant referee, Amal Jamal, to participate in managing the matches of the third West Asian Junior Championship, which Jordan will host from 4 to 10 January.

And our international national crew, consisting of Adel Al-Naqbi, “Square Referee,” Ahmed Issa Darwish, “Video Referee,” and the two assistant referees, Ali Rashid Al-Nuaimi and Sabt Obaid, appear as part of the arbitration teams that will manage the matches of the Arab Gulf Cup “Gulf 25” in the city of Basra, Republic of Iraq, to ​​be held. From the 6th to the 19th of the same month.

On the other hand, the two international referees, Ahmed Al-Ghais and Yasser Al-Zaabi, will participate in the AFC Futsal Referees Course from January 16 to 18 in the Malaysian capital, Kuala Lumpur. If they pass the course, they will be approved among the Asian elite referees.