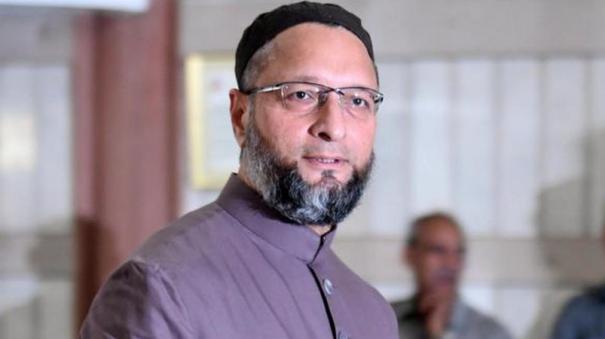 New Delhi: Condemning the chief minister’s statement that the police department will occasionally investigate foreign teachers who come to teach in madrasahs in Assam, Owaisi said that Assam is not a foreign country.

In this matter, the Assam Police is working in coordination with the progressive Islamic scholars of West Bengal. “Teachers from other states may be invited to visit local police stations from time to time to teach in madrasas in Assam,” he said.

The state government is said to have taken this step after reports that Islamic clerics were involved in jihadi activities in Assam.

Asaduddin Owaisi strongly condemned: All India Majlis-e-Ittahadul Muslimeen President Asaduddin Owaisi strongly condemned the announcement of Assam Chief Minister. “Assam is not a foreign country. Indians do not need to seek permission to enter Assam. The constitution gives the Indian citizens the fundamental right to travel and reside in any part of the country. Will you impose similar restrictions on RSS-run schools? What will happen if other states impose restrictions on those coming from Assam?” Owaisi questioned.

Circulation of plastic covers in violation of ban in Tirumala

Jagan’s check for Mla Kotamreddy Sridhar Reddy.. Is the new in-charge of YCP sure, his name is final?