‘Assam is reeling under floods; The Prime Minister is busy with the coup ‘- Congress MP 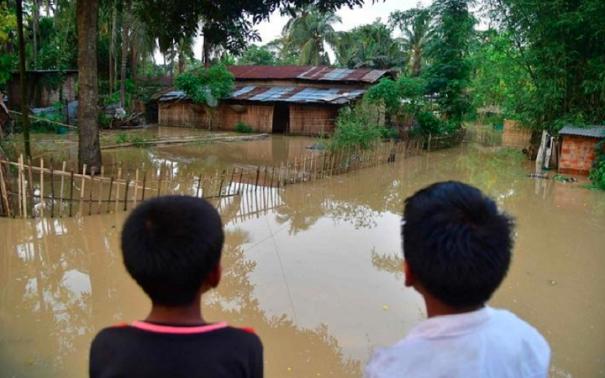 Guwahati: Assam falters in floods; The state Congress MP said that the Prime Minister is busy with the coup. Kaurav Kokoy satirized.

Assam has been battered by floods for the past one week due to continuous rains. In this context, the opposition has widely accused Prime Minister Modi of showing no interest in flood relief and relief work in Assam. In this situation, the Congress MP. In an interview with Kokoy, he slammed the government.

If there’s a crisis, it’s that of floods. BJP has gone blind for power. There’re floods in Assam, PM should visit the state, announce special package but he’s busy toppling Maharashtra govt, or in Gujarat elections … Only power is everything for BJP: Congress MP Gaurav Gogoi pic.twitter.com/z41GN7XvHy

89 dead: The floods in Assam have also inundated new places as the water level in the Brahmaputra and Barak rivers has risen further. More than 55 lakh people from 32 districts have been affected and 89 people have been killed so far in floods and landslides, officials said. Nagaon district of Assam has been hit hard by floods.

More than 4.57 lakh people have been affected here.

Blindfolded power: In this context, the Congress MP said that Prime Minister Modi had shown no interest. Kaurav Kokoy satirized. Prime Minister Modi did not personally visit the flood-hit areas of Assam and did not announce any financial assistance for flood relief. The biggest problem in the country now is the Assam floods. But it is not visible to the eyes of the BJP. Power hid their eyes.

Prime Minister Modi may look at the Maharashtra political turmoil, the Gujarat elections all aside and the Assam floods. But he questioned whether power was the only thing for the BJP.