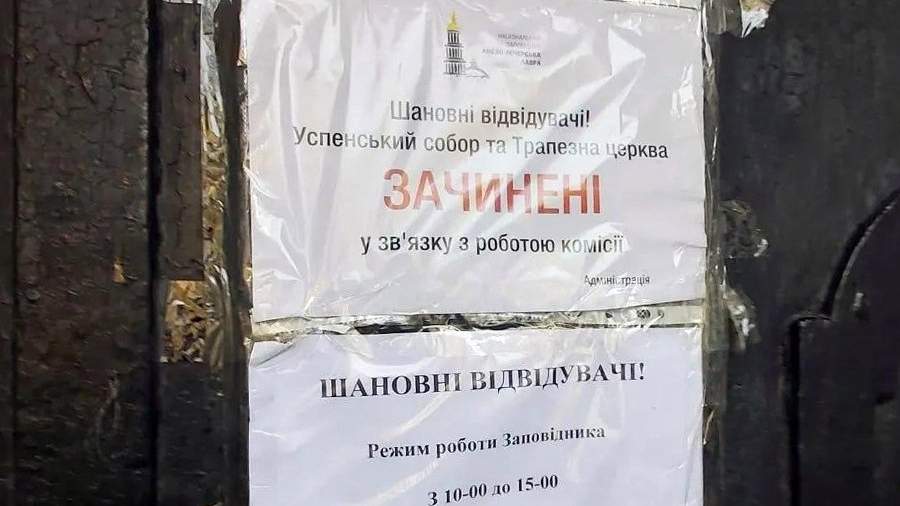 The Assumption Cathedral and the Refectory Church of the Kiev-Pechersk Lavra, where services of the Ukrainian Orthodox Church (UOC) are held, are closed and sealed. This was reported on January 2 by the Ukrainian edition of Obozrevatel.

For parishioners, these buildings are not available. Currently, a museum commission is working in the premises of the cathedral and the church, the report says.

It is not known when the buildings will be reopened for parishioners and whether services will be held there.

Earlier, the abbot of the Kiev-Pechersk Lavra, Metropolitan Pavel, reported that from January 1, the clergy of the UOC will be denied access to the Refectory Church and the Assumption Cathedral. He noted that the management of the cultural reserve refused to renew the contracts for use with the UOC.

At the same time, the head of the Synodal Department of the Moscow Patriarchate for relations between the church, society and the media, Vladimir Legoyda, said that the decision of the National Security and Defense Council on measures against the UOC violates not only the rule of law, but also speaks of the loss of the remnants of common sense in Ukraine.

In November, the Security Service of Ukraine conducted searches in the Kiev-Pechersk Lavra. According to journalists, the department called its actions “measures to counter the subversive activities of Russian special services in Ukraine.”