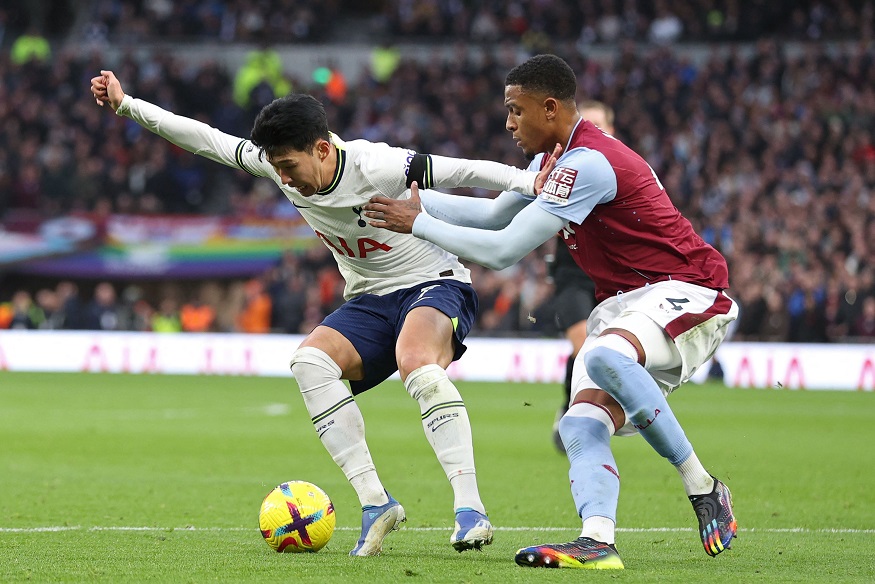 Aston Villa prevented Tottenham from restoring fourth place with a shocking 2-0 victory over him in his home on Sunday in the eighteenth stage of the England Football Championship.

Tottenham was seeking to start the new year with victory in order to be at the center of the competition for one of the four qualifying cards for the Champions League, but its fall on the ground raises more than a question mark on its ability to achieve this goal.

As was the case in his last seven matches, Tottenham found himself lagging behind in the match when Argentine Villa midfielder Emiliano Buendia opened the scoring following a powerful ball by Brazilian Douglas Luiz. French international goalkeeper Hugo Lloris could not control it, and Ollie Watkins preceded him and passed it towards Buendia, who followed it into the net. (50).

Lloris did not participate in his team’s first match after the end of the World Cup, in which his country finished runners-up to Argentina, against its host Brentford a few days ago, noting that his team fell behind by two goals before equalizing.

Tottenham’s reaction was shy to equalize in the midst of an organized defense from Villa led by Spanish coach Unai Emery, who took over his assignment last November instead of Stephen Gerrard. His team won 3 out of four matches, including another remarkable victory over Manchester United in its first official match.

And Villa succeeded in adding the second goal after a wonderful joint game between the Scotsman John McGinn, who passed a front ball towards Douglas Luiz, who masterfully controlled it inside the area, despite the observation of one of the Tottenham defenders and winking at it with a wonderful technical movement inside the goal (73).

And Tottenham threw all his weight in the last quarter of an hour, and his Italian coach, Antonio Conte, made several changes in an attempt to adjust the result, but his team did not pose a real threat to the Aston Villa goal, while the latter posed a great threat to Loris’ goal through rapid counter-attacks, taking advantage of the wide spaces left by his rival in last minutes.