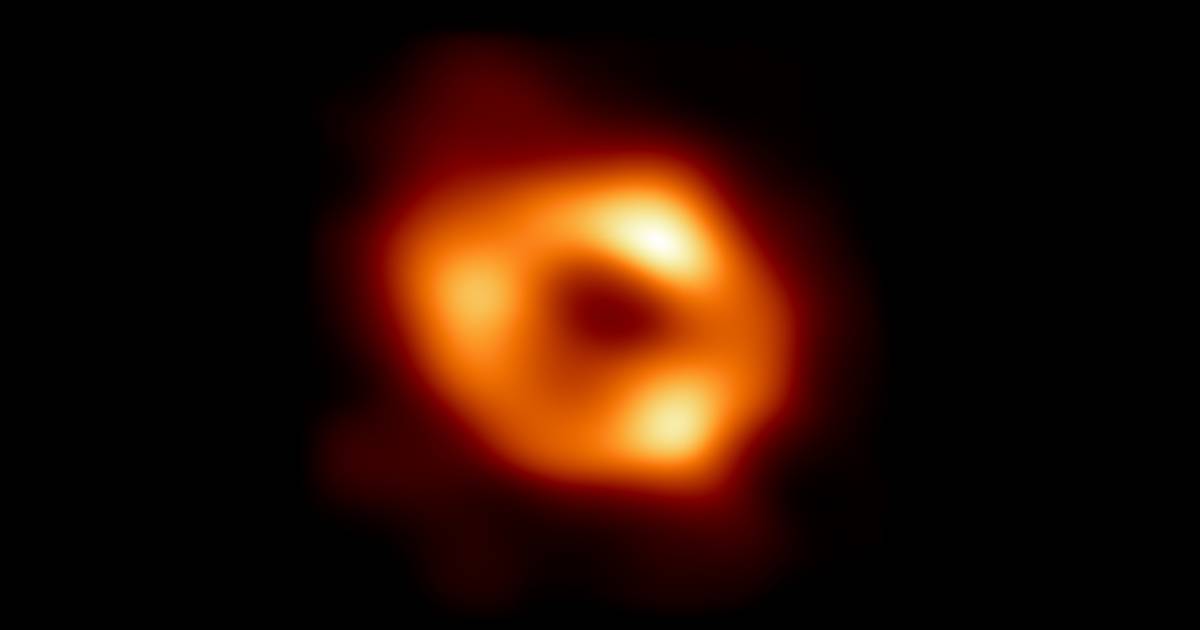 Scientists have managed to capture an image of the supermassive black hole at the center of our Milky Way for the first time.

The black hole has been given the name Sagittarius A*. There were already suspicions about the existence of this black hole in our galaxy, but thanks to the image created, this has been proven for the first time. Sagittarius A* is 27,000 light-years from Earth and about four million times more massive than our sun. This is so far from Earth that we will never notice the effects of the black hole.

“A black hole does not emit light itself, but the light that can be seen around it is bent by the black hole,” says Jesse Daas, PhD student at Radboud University. “Thanks to the bending of the light, the image shows a sharp bright ring, within which one large shadow falls,” says Daas. “The fact that we see that difference is proof that we are dealing with a black hole.”

This image is special, partly because the black hole is relatively close to Earth

Daas, together with other researchers, will work on interpreting the results of the global collaborative project Event Horizon Telescope (EHT), which created the image. Dutch scientists are also participating in the project, for which radio telescopes all over the world are linked together and scan the universe.

The fact that this image has been recorded is special, says Daas. “A photo of a black hole in the galaxy M87 was taken three years ago. That was very special at the time, because it was the first time that a picture of a black hole was taken and published. A second time is still special, partly because this time it is a black hole that is relatively close to Earth.”

How does image of a black hole help science?

Determining the location of a second black hole advances science, says Daas. “Thanks to this discovery, we can now work with two data points, which will allow us to learn more about the phenomenon. We can now also better investigate how matter moves under the violent conditions surrounding a black hole. The matter there has to do with extremely high speeds of light and temperatures.”

The photo has immediately provided more insights. “This black hole is 1,500 times less massive than the previous imaged black hole, but it looks exactly the same,” he says. “There is no other object that looks exactly the same despite such a size difference. That tells us that Einstein’s theory of relativity is correct. The size of the shadow we see is precisely predicted on the basis of his theory. We can also apply that insight in future studies.”

What is a black hole?

A black hole is an object in space that is so compact that the resulting gravity is so great that nothing can escape it. Not even light.

Jesse Daas of Radboud University explains: “Imagine that you are extremely strong and throw a tennis ball up from the earth, then theoretically that tennis ball could end up in space,” says Daas. certain sense during a rocket launch With a black hole this is not possible No matter how good and strong my rocket is, it could never escape from a black hole Also light is attracted by the gravity of a black hole If I come from a black hole shines up with my flashlight, the light will not come up.”

How does a black hole form?

Black holes are created when stars that are massive enough explode at the end of their lives in a spectacular way. Daas: ,,In such cases, a star throws out all the matter that is inside it and the core of a star collapses into a black hole.

What exactly is a supermassive black hole?

Daas: ,,A lot about it is still unknown, but we expect that it will generally be in the middle of every galaxy, as is the case with us. We do know that these supermassive black holes are most likely created by the merging of several black holes. In this way a larger mass is created. For example, this Sagittarius A* has about 4 million times the mass of a star.