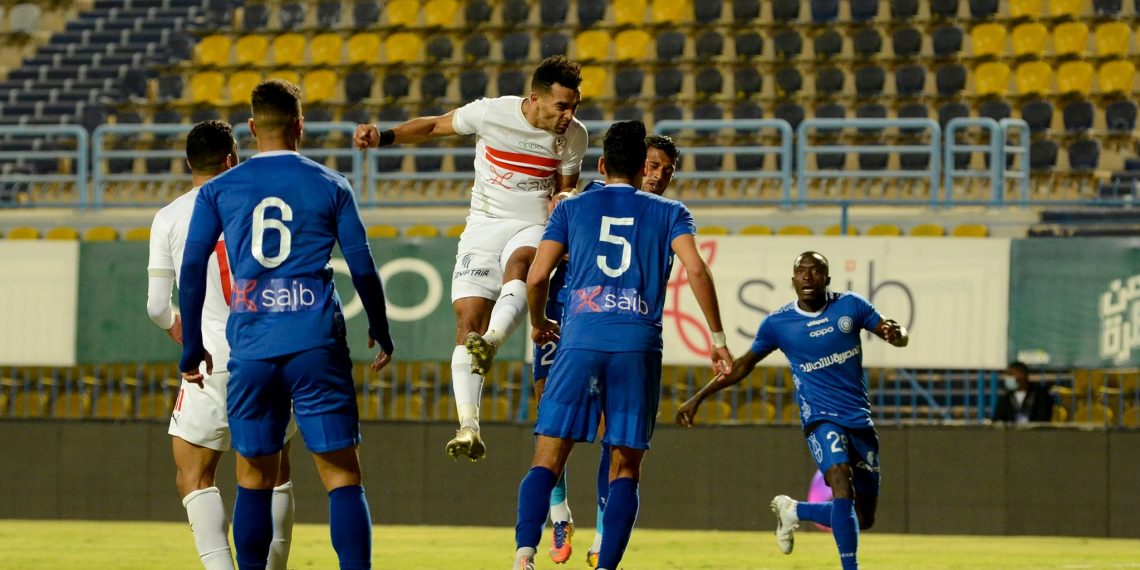 Aswan achieved a surprising victory over its guest leader, Zamalek, 2-1 today, Monday, in the eleventh stage of the Egyptian Premier League, while Al-Masry Al-Port Said defeated its internal host, 1-0.

And at Aswan Stadium, the owner of the land advanced with two goals in the first half, as the first goal came with friendly fire and Mohamed Abdel-Ghani scored it by mistake in his own net in the fourth minute, then Angolan striker Delson Camoni added the second goal in the 45th minute.

In the second half, Hossam Abdel Majeed responded with a goal for Zamalek, the defending champion, in the 56th minute.

Aswan inflicted the first defeat on Zamalek this season, compared to seven wins and three draws for the white team.

And Zamalek is now threatened with losing its position in the lead by its historical rivals, Al-Ahly, who will meet later today with its guest, Pyramids.

Zamalek’s balance in the lead stopped at 24 points, with a goal difference from Al-Ahly, the runner-up, and Aswan raised its balance to 15 points in seventh place.

At the new Suez Stadium, Marawan Hamdy scored the winning goal for Al-Masry in the 38th minute.