Asylum seekers Ter Apel with buses to elsewhere for shelter, dozens of refugees are left behind, inspection raises the alarm 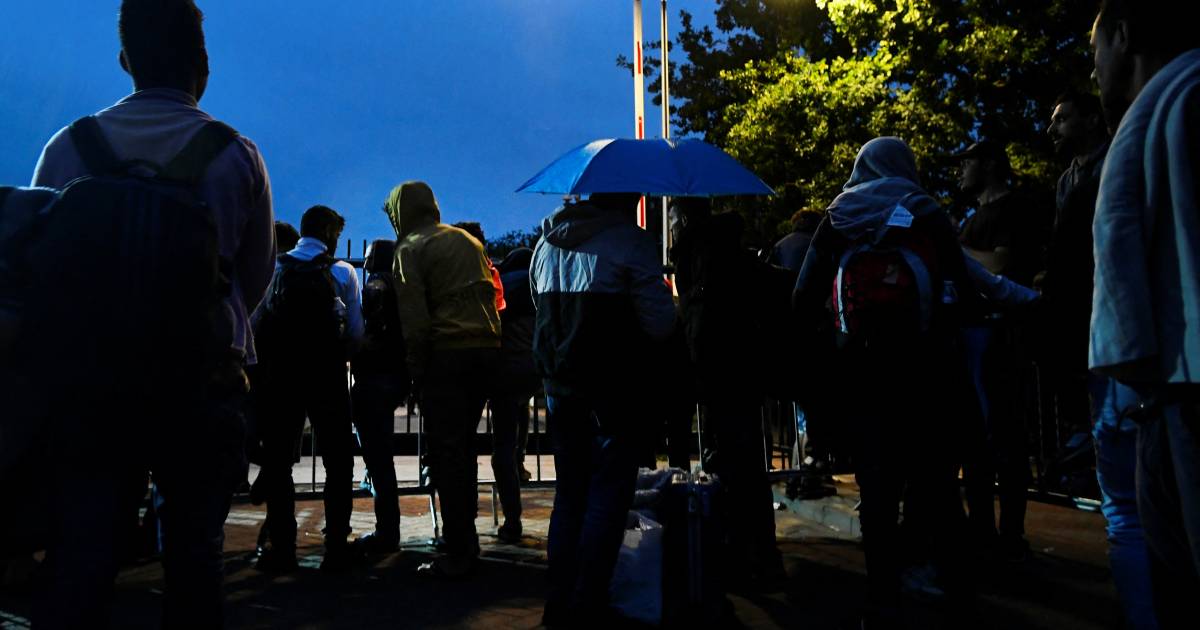 UPDATESeveral buses transferred a large group of asylum seekers from the overcrowded application center in Ter Apel to other locations in the country on Friday evening. This happened after the Health and Youth Care Inspectorate (IGJ) raised the alarm with health minister Ernst Kuipers and the chairman of the Groningen Security Region Koen Schuiling about the health situation on the grounds of the application center.

After the departure of the last buses from Ter Apel, dozens of people still remained around the registration center. Dozens of people also walked towards Ter Apel in the dark, an ANP photographer on site reports. A spokesperson for Vluchtelingenwerk says that about fifty to eighty people are left behind. Many asylum seekers are “afraid to get on a bus” for fear that their asylum application will be processed later as a result.

On Friday evening, a spokesperson for the Central Agency for the Reception of Asylum Seekers (COA) reported that about 390 people can leave the application center to spend the night in Utrecht, Stadskanaal, Zuidbroek, Almere and Groningen. It is not clear exactly how many people got on the buses, but the COA spokesperson already said that some people have doubts about whether to walk away from the buses. The area for the registration center had not yet been completely cleared around midnight, the ANP photographer notes. However, the atmosphere is calm.

Refugee work received many questions on Friday evening from asylum seekers who find it very difficult to choose what to do. “Getting on a bus means that they don’t have to sleep outside, but they are afraid that they can apply for asylum much later. Many have a family they want to reunite with. That is only possible if they have received a residence permit and then every day counts,” explains a spokesperson.

People are also afraid that the COA will not be able to bring everyone back to Ter Apel in the correct order to submit their asylum application. That is why people are afraid that it will be their turn “much later” if they leave the Groningen application center. According to Vluchtelingenwerk, this fear is “understandable and not entirely unjustified”.

At least fifty of the 390 people can go to Almere, a hundred to the Jaarbeurs in Utrecht. The municipality of Utrecht will first receive asylum seekers in the Jaarbeurs on Friday. On Saturday they will be housed in another location in the city or region, Mayor Sharon Dijksma, chairman of the Utrecht Security Region, reported.

In order to help resolve the ‘dire and acute situation’, the municipality of Utrecht will soon send its own people to Ter Apel to help. This includes crisis managers and other auxiliary troops who will support the registration and reception of people as quickly and smoothly as possible.

According to the Inspectorate, there is a great risk that infectious diseases will break out due to the lack of hygiene on the site in Ter Apel. There is a lack of water, clean toilets and showers and shelter. According to the Inspectorate, an outbreak of infectious diseases is not only a threat to public health for people waiting on the site for their asylum application, but also for everyone who works or lives there.

Sufficient water, sanitation and shelter are needed immediately to restore hygienic conditions. The spread of infectious diseases must also be taken into account when moving people to reception locations.

The Inspectorate also states that it is very impressed ‘by the efforts of people from the Red Cross and Doctors without Borders in Ter Apel. They provide basic medical care under extremely difficult circumstances’.

Doctors Without Borders treated 80 people at the site on Friday. The treated people mainly have neglected injuries, but many people also have skin infections. One person has been sent to a hospital. With which complaints has not been disclosed.