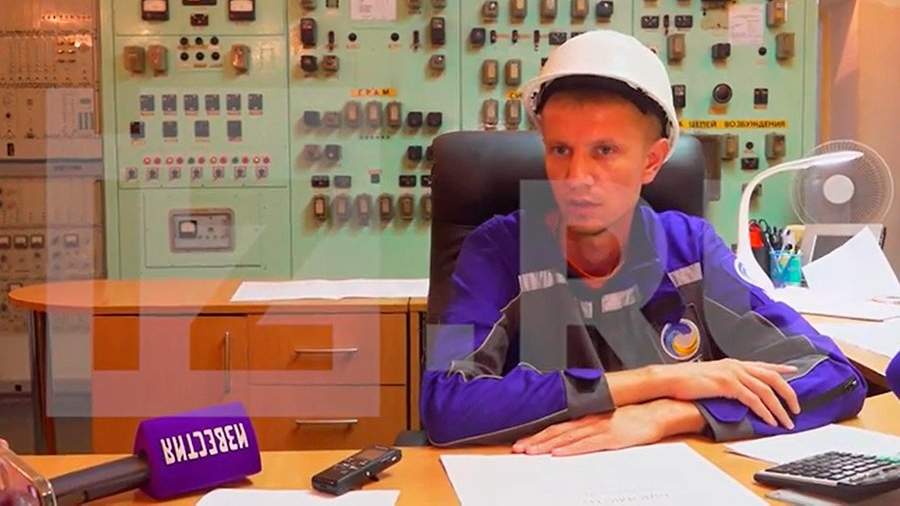 For several days, the armed formations of Ukraine (VFU) have been shelling the Kakhovka hydroelectric power station (HPP) from American HIMARS multiple launch rocket systems. Because of this, one turbine has already been stopped, what are the further consequences of the shelling of a strategic facility, Izvestia correspondent Ivan Litomin was told at the enterprise.

The Russian serviceman guarding the enterprise told and showed evidence of how VFU fired at the HPP with foreign missiles.

“Strikes with foreign-made missiles are carried out with the help of guidance of foreign satellites to bypass the Armed Forces of Ukraine (Armed Forces of Ukraine – Ed.), since they do not have such capabilities and systems that could guide these missiles so accurately. Debris from such a rocket was found at the site. They contain numbers and names of foreign production,” he showed a fragment of one of the missiles.

On August 13, after the VFU rocket attacks on the Kakhovskaya HPP, the management decided to turn off one of the plant’s turbines. Arseniy Zelensky, Deputy Director for Reconstruction and Acting Director of the station, told what consequences this has for the enterprise.

“Currently, we have three hydraulic units in operation. There were four before hitting the northern end. But due to the fact that there is an immediate danger of an oil spill due to the ingress and scattering of fragments, the sixth hydraulic unit was decommissioned in order to ensure the safety of the plant. This is not a regular setting. Own needs of the station, reserve 6 kV are lost. We work in a very dangerous mode. Of course, fighting near the station is unacceptable. This is a strategic facility that threatens not only the lower reaches of the Dnieper, but also the upper reaches, since the water intakes of the Energodar nuclear power plant are directly fed from the Kakhovka reservoir,” he explained.

Zelensky specified that since the beginning of hostilities, the hydroelectric power station has been operating in emergency mode. And in order for the situation at the Kakhovskaya hydroelectric power station to become a threat to the Zaporozhye nuclear power plant (NPP), it must not only fail, the dam must also be destroyed. In this case, troubles can lead to the development of a nuclear catastrophe if the nuclear power plant cannot take the right amount of water to cool the reactors.

“I hope this doesn’t happen. With the cessation of hostilities, it will take a week to restore the station. Glazing of the northern end – also within a week. Luckily, the hydroelectric power station has not yet suffered major damage, not counting hydroelectric unit number three, which burned down in March. It directly takes about a year and a half to complete the work, ”he added.

Earlier, after the attack of the VFU on the Kakhovskaya hydroelectric power station, Izvestia showed footage from the engine room of the station.

“The glass was broken here, the fragments flew right into the engine room. Two turbines had to be stopped because the fragments got into the oil tank and there were prerequisites for a fire. Now the hydroelectric power plant is operating in emergency mode, ”the correspondent said, specifying that the roadbed of the bridge at the Kakhovskaya hydroelectric power station was not damaged. Traffic on it has been restored.

On August 12, Kirill Stremousov, deputy head of the military-civilian administration (MAC) of the Kherson region, said that the Armed Forces of Ukraine again attacked Novaya Kakhovka, aiming at the Kakhovskaya hydroelectric power station. The shelling of the station was carried out from the American multiple launch rocket systems (MLRS) HIMARS.

At the same time, the official representative of the Ministry of Defense, Lieutenant-General Igor Konashenkov, said that the Russian air defense forces (PVO) shot down two HIMARS MLRS missiles in the Novaya Kakhovka area. The air defense also shot down four shells fired from the MLRS “Alder” in the Kherson region, and five Ukrainian drones in the Kharkiv region and the Donetsk People’s Republic (DPR).

The Kherson region was liberated during a special operation to protect the Donetsk and Luhansk People’s Republics (DPR and LPR), which Moscow launched on February 24. It was preceded by an aggravation of the situation in the region, an appeal by the leadership of the Donbass republics to the Russian Federation with a request for help, and the subsequent recognition by Russia of the independence of the DPR and LPR.