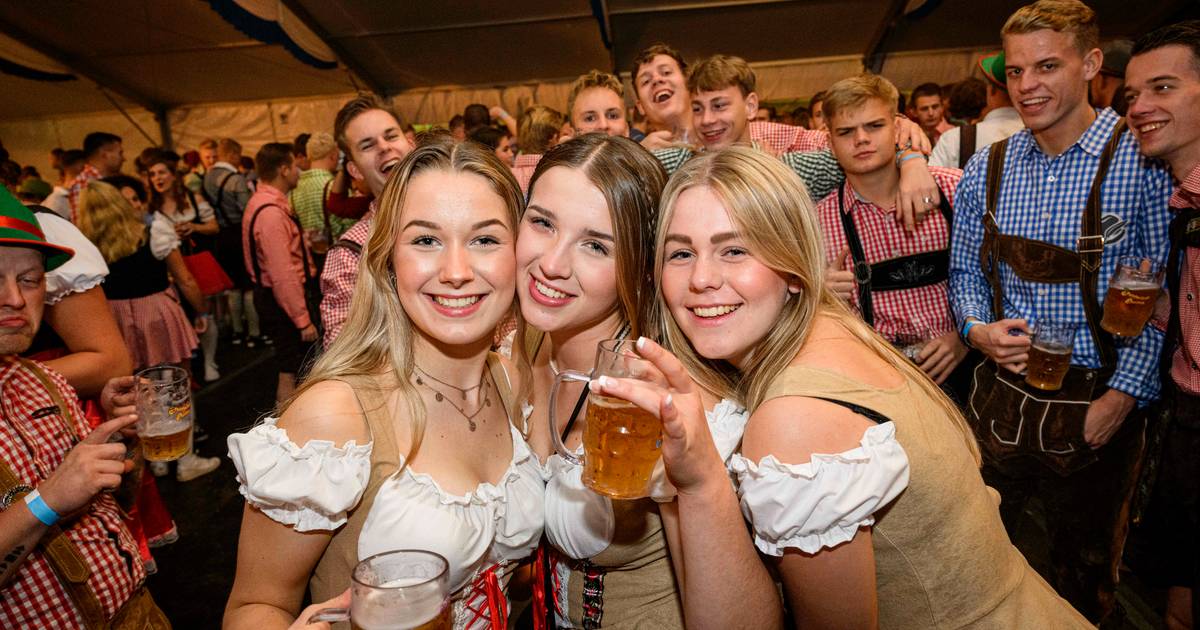 ‘largest in the Netherlands’212 years after the first party in Bavaria, Geerdijk did the Oktoberfest all over again last weekend. A spectacular and, above all, problem-free party for almost 6000 visitors. Together they drank 18,600 liters of beer.

The thousands of revelers in lederhosen and dirndles will no longer be on the cutting edge, but Oktoberfest is 100 percent Bavarian. The tradition began in 1810 when Lodewijk married his betrothed Theresa of Saxe-Hildburghausen. There were days of celebrations and an astonishing amount of beer.

It was such a success that Oktoberfest is now celebrated all over the world. The largest version in the Netherlands is in Geerdijk. At least that’s what the organizers say. To which Patrick Fokke also belongs. He didn’t have a lot of voice left on Sunday afternoon, but he was still bouncing with enthusiasm about the Geerdijk festivities. “We have had 5872 visitors. So we were sold out, because we had a total of six thousand tickets. They come from everywhere. A bus from Vasse, buses from Staphorst, from Kampen, I can barely comprehend it.”

They came from Enschede for the barley drink, but also for the atmosphere in the gigantic party tent. With performances by De Helderse Klepperbloazers, Hoempa and the tribute to Helene Fischer (Natasja Poels). The German Fischer is so popular in Germany that it turned out to be financially unfeasible for the Geerdijkers to book her for a performance. That didn’t spoil the fun. The tent in Geerdijk was full of party fun on Saturday evening. Finally at 1:00 am the lights went out. Unfortunately, Abba’s tribute band was not present in the afternoon program. One of the artists lost his voice and the quartet canceled.

The party continued on Sunday. The Formula 1 race was watched on a large screen in the tent. In the afternoon there were performances by Almelo’s local hero Johnny Bolk and the former truck driver Henk Wijngaard, still with the flame in the pipe of course. Tineke Willems was also on stage.

At 8 pm the beer tap closed. Cleaning up everything yesterday, greased the lederhosen, ironed the dirdles and then the saving for next year begins. Because Geerdijk can’t get enough of this for the time being.