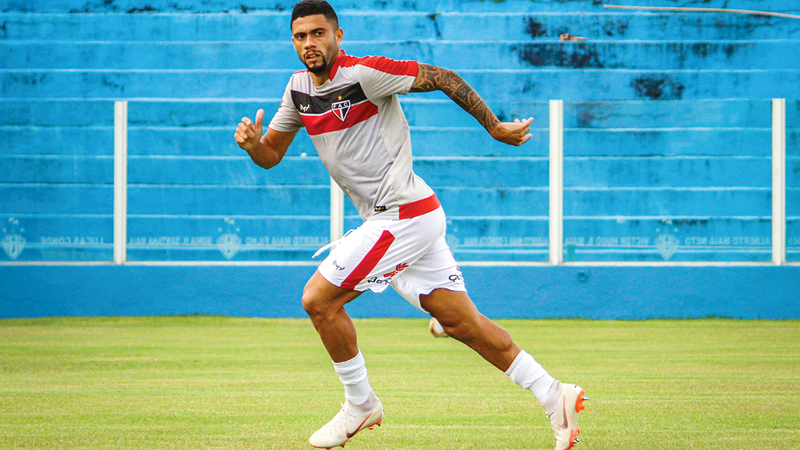 The newspaper “Esporte Guiano” indicated that the administration of Atletico Guyanense rejected an official offer from Al-Bataeh Club to borrow Wellington Rato for 250 thousand dollars for one season, noting that the Brazilian club’s management does not want to discuss any offers to borrow Wellington again, especially since his contract expires in December 2023.

She added, “The Guyanensee administration will not mind selling Wellington Rato’s contract permanently, after he returned to the team during the current transfer period with the end of his loan to the Japanese club Nagasaki.”

According to the Transfer Market website, the player transfer market has a market value of 500 thousand euros for Wellington Rato.

Wellington Rato (30 years old) went through many experiences in Brazil, as he grew up in the ranks of Red Bull and then moved to more than one team in the second and third division in Brazil, most notably Caladense, Sampaio Correa, Junville and Verviario, before moving to Atletico Guyanense in 2020, where he played With the team for one season, then last season he made his first professional experience outside Brazil, playing with Nagasaki, Japan.

The Brazilian club’s management does not wish to discuss any offers to loan Wellington.