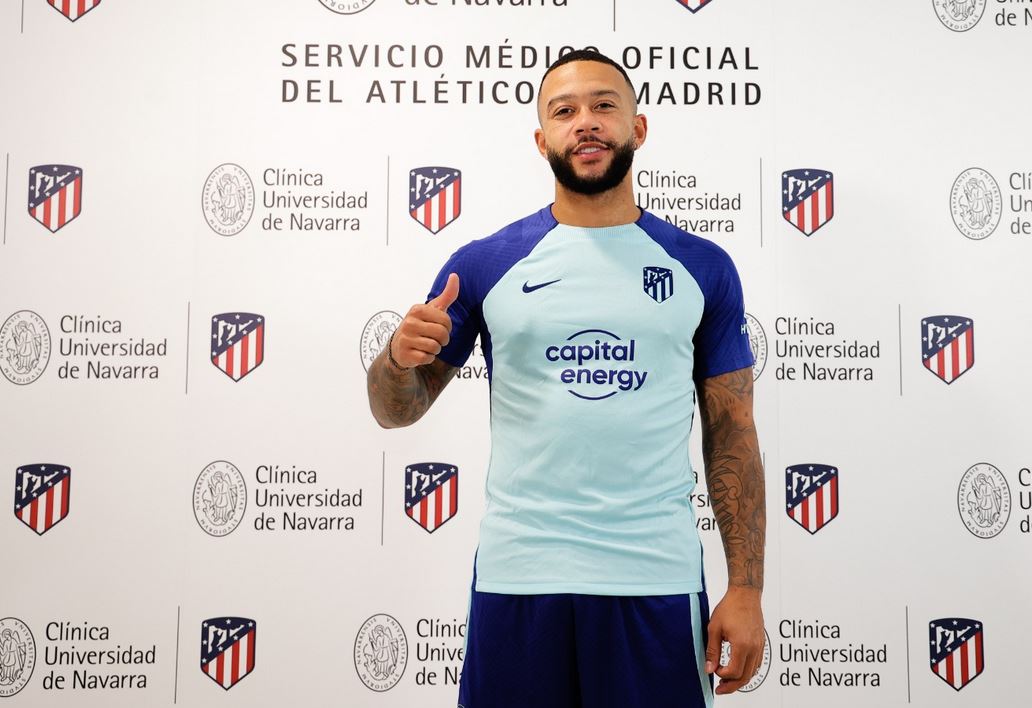 Barcelona and Atletico Madrid, the competitors in the Spanish Football League, announced today, Friday, the transfer of Memphis Depay to the Spanish capital club, coming from the Catalan club, with a two-and-a-half-year contract. The 28-year-old striker trained with Atletico Madrid on Thursday, with permission from Barcelona. The Dutch player will give Atletico Madrid more attacking options after the departure of Portuguese Joao Felix to Chelsea on loan earlier this month. Barcelona said in a statement that it would receive an amount of “three million euros ($3.25 million) plus one million in variables.”

Depay, who previously played for Eindhoven and Manchester United, joined Barcelona for free in July 2021 with a two-year contract from Olympique Lyonnais.
He played 42 matches with Barcelona and scored 14 goals, but he fell out of coach Xavi’s accounts after signing Polish striker Robert Lewandowski last year.
Depay scored 43 goals in 86 international matches since his debut with the Netherlands in 2013, moving seven goals clear of the national team’s all-time top scorer Robin van Persie.