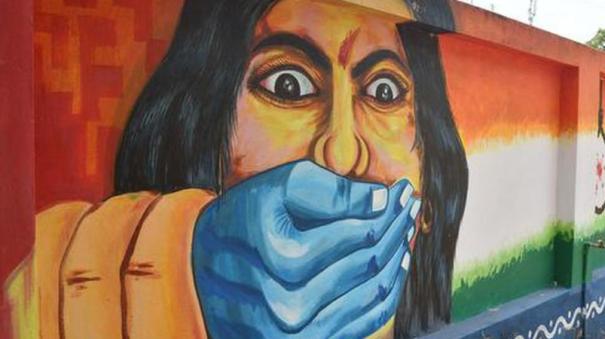 Amravati: Andhra Pradesh police have convicted the culprits within 57 days in a case of attempted sexual assault on a foreign woman.

A Lithuanian woman was walking through a forest area in Nellore district of Andhra Pradesh on March 8. The two then tried to seduce him. But the woman escaped and reported the incident to the police.

Police arrested the two culprits within 3 hours. They were indicted in court on March 16. The Andhra Pradesh DGP said the case was brought up for hearing soon as the woman had to return to her home country. The trial was completed in 3 days. The Nellore Sessions Court completed the examination of the evidence on the same day.

The court, which heard arguments from both sides on April 6 and 7 last year, delivered its verdict yesterday. The convicts Sai Kumar and Syed Mohammad Abid were sentenced to 7 years in prison and fined Rs 15,000.

The Lithuanian woman thanked the Andhra DGP via video message for the speedy sentencing of the perpetrators.

Commenting on this, DGP Rajendranath said, “This case is an example of how the criminal justice system works effectively through proper integration. It was the first time in the country, not only in Andhra Pradesh, that the culprits were convicted in such a short span of time. We take a number of steps to focus on a holistic approach. Thus the availability of justice is expedited. It also creates fear and reduces turning against witnesses. We have succeeded in getting a verdict in this case very quickly after a scientific trial. The case highlights a vast link between the police force, prosecutors and the judiciary. “

Andhra Pradesh police have created a new history by convicting a criminal in a criminal case within 57 days of the incident. In the year 2021, 92.21 per cent cases of pox and sexual assault were registered by the Andhra Pradesh Police.