Attempts to strengthen the ASEAN system – S. Jaisankar at the Foreign Ministers Conference 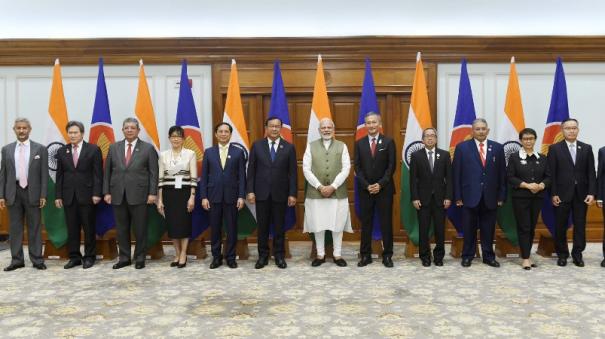 New Delhi: External Affairs Minister S. Jaisankar said that efforts are being made to strengthen the India-ASEAN system.

The conference focused on the overall development of the Indo-Pacific region and discussed in detail the expansion of relations between the countries between the Ukraine-Russia war.

Moreover, as China’s dominance in the South China Sea, which is rich in natural resources, has increased, so has the issue. This conference will continue today.

In this regard, Prime Minister Modi said on his Twitter page, “As we celebrate 30 years of India-ASEAN cooperation, the meeting with the foreign ministers and delegates of the ASEAN countries was interesting.”

On behalf of India, Foreign Minister S. Jaisankar, National Security Adviser Ajit Doval and others. Earlier in the day, Union Minister Jaishankar told the conference, “India fully supports the establishment of strong, united and prosperous ASEAN countries that play a key role in the Indo-Pacific region.

Efforts to strengthen the India-ASEAN system are ongoing. We are in a position to identify a new priority on the part of India-ASEAN organizations. The role of ASEAN today is more important than ever, given the geopolitical challenges and uncertainties facing the world. ”