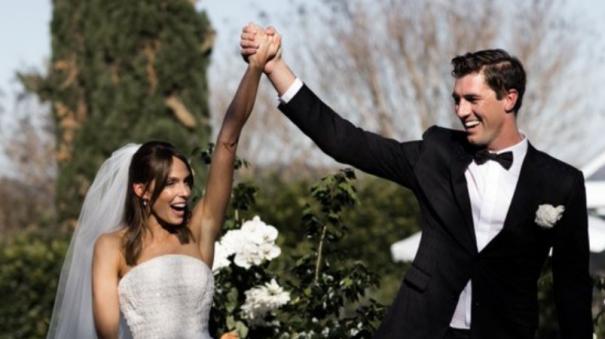 New South Wales: Pat Cummins, captain of the Australian Test cricket team, is holding hands with his long-time girlfriend. He shared about it on social media.

Australian cricket team is led by fast bowler Pat Cummins in Test cricket. He is playing for Kolkata Knight Riders in IPL cricket. Astana is one of the team’s bowlers.

Pat Cummins, 29, was in love with British-born Becky Boston, 31. They got engaged in 2020. The couple welcomed their first child into the world last year. Now, both of them are married.

The wedding ceremony was held at a hotel located in Byron Bay, New South Wales. In this, fellow Australian players like Starke, Hazelwood, Travis Head, Nathan Lion, who have been playing cricket with Cummins, have also participated.

Cummins, from celebrities to fans, have been congratulating him on his marriage on social media.