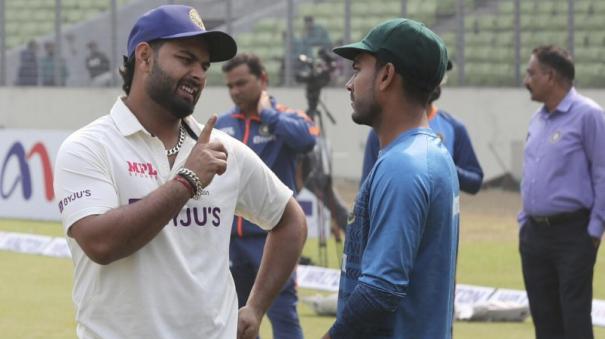 Dehradun: Rishabh Pant has been unable to play in the upcoming Test cricket series and IPL matches against Australia due to injuries sustained in a car accident.

Rishabh Pant, the wicketkeeper batsman of the Indian cricket team, met with an accident while traveling alone on the Delhi-Deradun highway early yesterday morning. He was rescued with critical injuries and admitted to Max Hospital in Dehradun for advanced treatment.

Rishabh Pant’s forehead was scratched at two places. Torn ligament in right knee. The doctors said that there was an injury on the right wrist, ankle and toe and a bruise on the back.

His condition is being monitored by Dr. Gaurav Gupta, Department of Orthopedics. Rishabh Ball had no life-threatening injuries. According to the hospital administration, his condition is stable.

Rishabh Pant is said to take 3 to 6 months to fully recover from a hamstring injury. However, if the nature of the injury is more extensive, the recovery period may increase further, medical sources said.

As a result, Rishabh Pant’s participation in the domestic Test cricket series against Australia starting on February 9 is considered doubtful. Rishabh Pant has been instrumental in India’s victories in Test cricket over the past two years.

Rishabh Pant’s chances of participating in the IPL T20 cricket series are also slim as it will take a long time for Rishabh Pant to fully recover from the injury. It is noted that Rishabh Pant is the captain of the Delhi Capitals team in the IPL series.

Pant was included in the Indian team that won the Test series against Bangladesh 2-0 last month. He was rested for the short-form cricket series against Sri Lanka and New Zealand in view of the Australian Test series. He was also advised to undergo a fitness test at the Bengaluru National Cricket Academy.

Haridwar Senior Superintendent of Police Ajay Singh said, “We checked 10 cameras from the Uttar Pradesh border to the accident site in Narsan, where Rishabh Pant’s car did not exceed the speed limit of 80 kmph on the national highway. The speed of the car increased only after hitting the roadblocks.

If Rishabh Pant was drunk, how could he have driven 200 km from Delhi without getting into any kind of accident? The first aid doctors at the Roorkee hospital also said Rishabh Pant was completely normal. He was able to bring him out when he was involved in a car accident because he did not forget about himself. If you are drunk, you can’t get anyone out of the car,” he said.

Earlier, Prime Minister Narendra Modi in his Twitter post said, “It is sad that cricketer Rishabh Pant met with an accident. I pray for his health and speedy recovery,” he said.

Transport Staff Honors: When Rishabh Pant was involved in an accident, Haryana Transport Corporation employees Sushilkumar and Paramjeet rescued him and sent him to the hospital in an ambulance. Both of them were on duty in a bus plying from Haridwar to Panipat. Susilkumar and Paramjeet saw the car involved in an accident on the road and stopped the bus and ran down and rescued Rishabh Pant in time. In this case, in appreciation of their humanity, a letter of appreciation and a shield were given on behalf of the Panipat workshop.