Aussie Sarbaraz Khan, who was not included in the Indian team for the series, scored a century in the Ranji Trophy 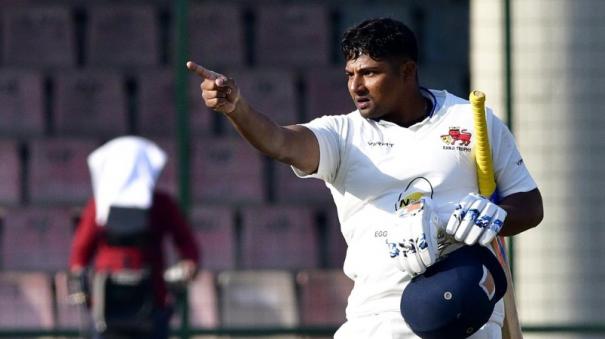 New Delhi: Youngster Sarbaraz Khan has been left out of India’s squad for the upcoming Test series against Australia. Meanwhile, in the ongoing Ranji Trophy match against Mumbai, he hit a century.

He plays local cricket matches for Mumbai team. He scored 125 runs off 155 balls in the ongoing Ranji Trophy series against Delhi. He has consistently performed well in domestic cricket. However, he did not get a chance in the 17-player Indian squad for the first two matches against Australia.

Criticisms were also raised about it. At this stage, he has scored a century in the ongoing Ranji Trophy series against Delhi. Although he was not selected in the Indian team, he has shown his quality once again. Fans have recorded this on their social networks. Some of the posts are critical of the selection committee of the Indian men’s team.