Aussie Warner opened up about the captaincy of the team 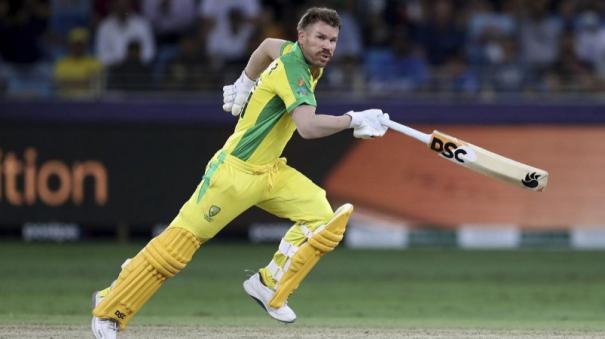 David Warner has opened up about the responsibility of captaining the Australian team. Recently, the captain of the team, Aaron Finch, announced his retirement from the ODI format. After that, the question arises as to who will be the next captain. In this case, Warner has spoken about it.

He has played 96 Tests, 138 ODIs and 91 T20Is for Australia. Through that he has accumulated 16300 runs. However, the Australian Cricket Board has banned him for life from captaining the team for his on-field offences. Allan Border had boldly declared that the ban should be lifted.

In 2018, the Australian team toured South Africa and played cricket. On that tour, the then Aussie was accused of rubbing the ball with salt paper against the rules in the Test match held at the Cape Town ground. Team captain Steve Smith, vice-captain David Warner and Cameron Bancroft were banned from international cricket for one year.

Cricket Australia, meanwhile, appears to have banned Warner from captaining the team for life.

“My phone is right here. Let’s talk over the phone about the responsibility of the captain of the Cricket Australia team. What has happened in the past has happened. The good thing about this is that the new board is in place now. I am also ready to happily talk about whatever the board wants to talk to me about. I am enjoying my cricket. I consider it a privilege to captain the team. However, it is in the hands of Cricket Australia,” said Warner.